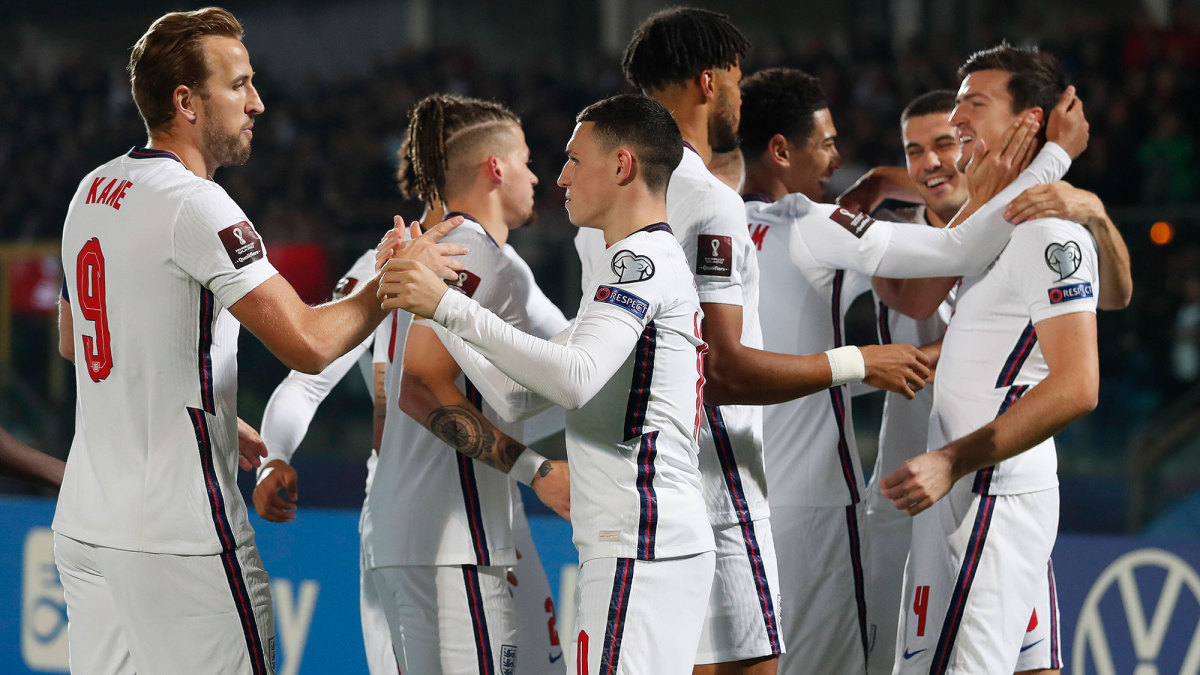 As the case-ticking drills went on, England’s World Cup qualifying final was pretty emphatic. Gareth Southgate’s side needed a point in the away game against San Marino to qualify for the World Cup, and they ended up winning 10-0, the first time they reached the doubles in a competitive match. San Marino is officially ranked the worst soccer team in the world, 210th out of 210, and it looked like it. Harry Kane scored four goals to move from fourth tie alongside Jimmy Greaves in the England all-time goalscoring table to third tie. But was it important?

The truth is, if your goal is to win major tournaments, matches against players like San Marino, or Albania, or even Hungary or Poland, it doesn’t matter much. This is one of the difficulties of international football: most of the games played have very little influence on who will win the biggest prizes. When Manchester City play in the FA Cup against, say, Cheltenham, fall behind but fall to a 3-1 win with three goals behind, like they did last season, nobody thinks too much about it. Cheltenham played well and frustrated City, but in the end the quality was told.

But if England did something similar against the opposition equivalent of League Two, there would be an outcry. Because there are fewer matches, because the circus doesn’t just move on to the next match four days later, international football is still much more closely watched. Yet whether City won that game 1-0 or 10-0 has very little bearing on their ability to win the Champions League. It’s a whole different kind of football.

Alf Ramsey, who led England to World Cup glory in 1966, got it. Ahead of the 1966 World Cup, England beat Norway 6-1 in a friendly match that thrilled fans and the press. Ramsey took much greater satisfaction in a lackluster 1-0 win over West Germany at the end of which England were booed. He knew that beating a minnow was largely irrelevant; far more important was the ability to control the midfield against a quality West German side. For him, the qualifications and the group matches had to be crossed; only knockouts really mattered.

To be fair, this has largely been Gareth Southgate’s approach. And it worked. Whatever grunts there were in the Euro group stage, as England topped their table with just two goals, they were largely forgotten as England overtook Germany, Ukraine and Denmark to reach the final. The strength against smaller teams (and Croatia, Scotland and the Czech Republic, who all qualified for at least the World Cup qualifiers this time around, weren’t that much worse) may not be particularly exciting, but it is an essential foundation for taking better sides later in the competition. England have only won 14 knockout games in major tournaments, and Southgate is responsible for five, so his method clearly works.

Or it works to a point. The defeat to Croatia in the World Cup semi-finals and the loss on penalties to Italy in the Euro final followed a similar pattern: England took the lead and ended up s’ sink deeper and deeper, under increasing pressure and not responding until too late. There has to be some Southgate criticism for this – an inability to “feel” the game is perhaps its only constant flaw – but it also stems from a deep-seated English anxiety when success is at hand, derived from 55 years without a trophy.

The qualifiers, frankly, don’t judge at all whether this issue has been resolved. So, has anything been learned? The temptation, especially given how England belatedly conceded in Poland, is to say no, but that may be unfair. The team was perfected and Phil Foden began to influence the games. Perhaps most important has been the change in these last two qualifying games, going back three. Southgate went from three to four during his reign, but at Euro a decision appeared to have been made that he would use a four in matches where England could dominate the ball, and a three in more matches. competitive. Using a three against Albania and San Marino, with very offensive backs, is a development on that.

Considering England’s strength at the back, that makes sense. It’s a way to get maybe three full-backs – one as a flank center-back and two as a back – while also using two of the fleet of creative young players with the full-back advantage to take them out. Along with Jordan Henderson, Kalvin Phillips, Declan Rice and Jude Bellingham, there’s also healthy depth to the core of the midfield, and the system also allows for fairly straightforward accent changes by changing staff rather than form.

All of this is encouraging. But frankly, none of this really means anything until Qatar.