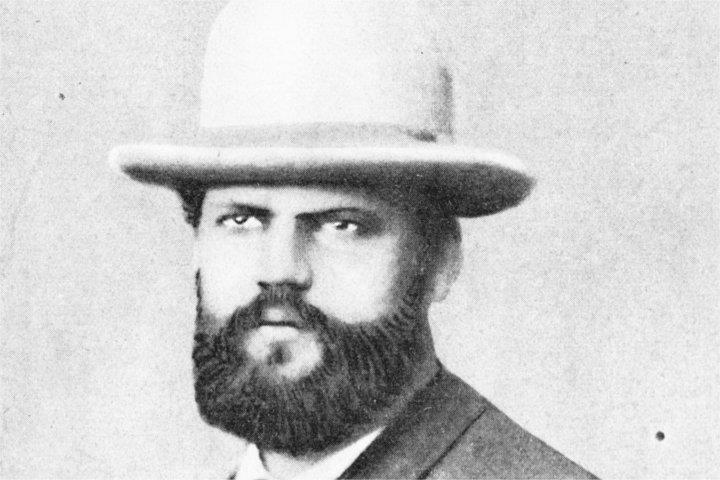 Gustav Richard Ludwig Neumann, with his full name, was born on December 15, 1838 in Gliwice as the son of the book printer Gustav E. Neumann and his wife Josefine, also from a family of printers.

After attending high school, Neumann went to Berlin in 1860 to study medicine. But apparently he did not complete his medical studies or his subsequent training as a military doctor. Instead, he devoted himself passionately to chess. He played matches and countless casual matches against Adolf Anderssen and in matches against Berthold Suhle and Louis Paulsen, two of the best players of his time, he gained a reputation as a strong player. From 1863 to 1867 Neumann was also, along with Anderssen, the editor-in-chief of the Neue Berliner Schachzeitung.

In 1867, two years after his 34.0 / 34 success in Berlin, Neumann played his first international tournament in Paris. He finished fourth behind Kolisch, Winawer and Steinitz. In 1869 he went on to win a solid international tournament in Dundee, Scotland, where he finished ahead of Steinitz, McDonnell, de Vère and Blackburne, indicating that he was indeed one of the strongest players in the world at that time. era. According to Jeff Sonas’ later Elo calculations, from 1868 to 1870 Neumann was even number 1 in the world.

Gradually, however, Neumann’s unstable nervous condition began to appear more and more often and became more and more pronounced. His fragile nervous condition could be traced back to an accident he had when he was 10, when his head got stuck between two balls of paper in his father’s printing press. He lost consciousness but does not appear to have sustained any physical injury.

In 1870, Neumann still came third behind Anderssen and Steinitz in the tournament fort Baden-Baden, but two years later, in 1872, he played his last tournament in Altona, Germany. He came second behind Anderssen, but over the year Neumann’s mental illness became more and more visible. He gave up chess completely and spent the last years of his life at the Allenberg sanatorium near Wehlau, where he died on February 16, 1881.

To conclude, here is one of the 34 matches won by Neumann in the Berliner Schachgesellschaft 1865 tournament:

The ban on online games in Karnataka has had a negative impact on chess.