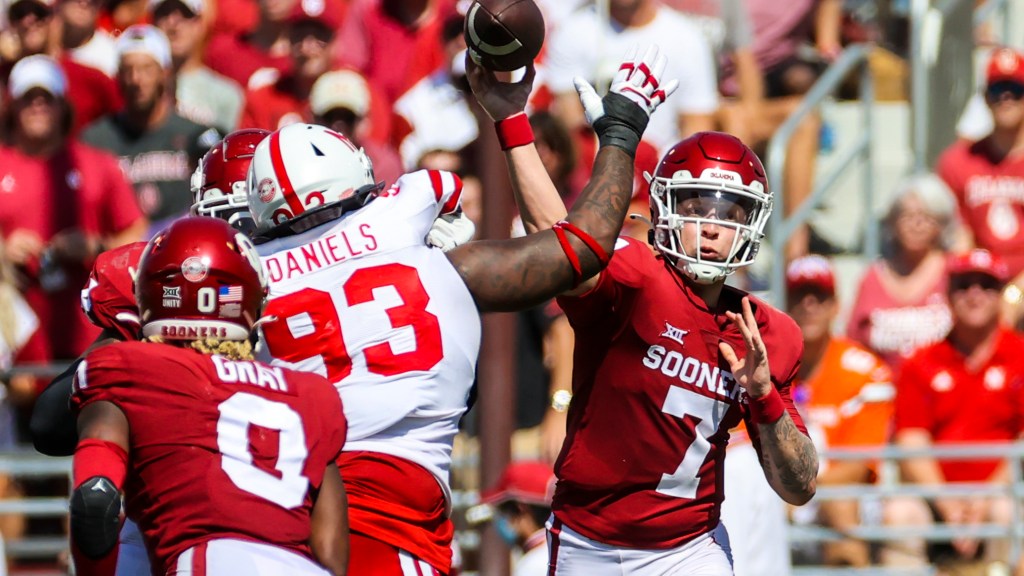 An OU-Nebraska rivalry worthy of the annual game

There are games that simply mean more. It doesn’t matter the recent history of the two teams involved, whether they are ranked or not, or how long they haven’t played. Some games are worth playing every year.

First mentioned by Red Dirt Sport on Twitter, it’s a game that deserves to be an annual tradition for both parties.

While it didn’t play every year when the Big 8 merged with the Southwest Conference and formed the Big 12, the game has still held a ton of significance to both parties every two years. Nebraska left the Big 12 for the Big 10 and the two teams hadn’t played for more than a decade before Saturday’s game.

The â€œGame of the Centuryâ€ anniversary wasn’t the one-sided affair that many thought it would be, but it turned into an engrossing game. The Oklahoma Sooners and Nebraska Cornhuskers defenses made life difficult for the opposing quarterback and the game, which was just 7-3 in favor of the Sooners at halftime, went to the end.

While it didn’t have the offensive fireworks you’d expect from the Oklahoma Sooners, it was a compelling game that once again proved how important this game is to the state of football. university.

As has been the argument for keeping Bedlam in the annual schedule when Oklahoma moves to the SEC, the Sooners should also consider adding Nebraska as an annual non-conference game in the future. Both teams will play next year, but after that they will have to wait until 2029 to renew the rivalry.

As ESPN’s Dave Wilson says, “As the sport continues to separate, these are the kinds of games and rivalries that are worth preserving.”

Anticipation for Saturday’s game had been brewing since the spring and peaked this week when it officially became “Nebraska Week.” From the teams to the schools to the fans everyone was excited about this game and it turned into a competitive affair that did not disappoint.

If you are a neutral college football fan, especially one who appreciates good defense, then you have enjoyed this game.

Much like Florida and the State of Florida, which played annually from 1958 to 2019 (2020 canceled due to the conference only schedules related to COVID-19 and renewed for 2021), the Oklahoma Sooners should pick the Cornhuskers ( and the Oklahoma State Cowboys) as annual non-conference enemies in the future.

Nebraska, more than the state of Oklahoma, is a game-changer in college football. Fans of the sport remember the heyday of the Big 8 when Oklahoma and Nebraska fought for conference and national supremacy.

As college football evolves through realignment and traditional rivalries begin to fade, some games are expected to continue. After more than a decade of inactivity in the rivalry, he was shot in the arm this weekend that should encourage both schools to continue the showdown in the future.

As the Oklahoma Sooners plan for their future in the SEC, they should find a way to make Nebraska an annual game. Even though the Cornhuskers haven’t been overly competitive in recent years, it’s still an intriguing clash that moves the needle in college football far more than playing in a random Pac-12 school. .

With several SEC teams slated for the non-conference schedule over the next decade, the Sooners could have an opening for a non-conference opponent as those SEC games move into conference play. Nebraska would be the perfect school to fill the gap left in the transition.

Stream college football games from SEC, Big 12, The American and more on ESPN +

5 takeaways from the Oklahoma Sooners’ win over Nebraska