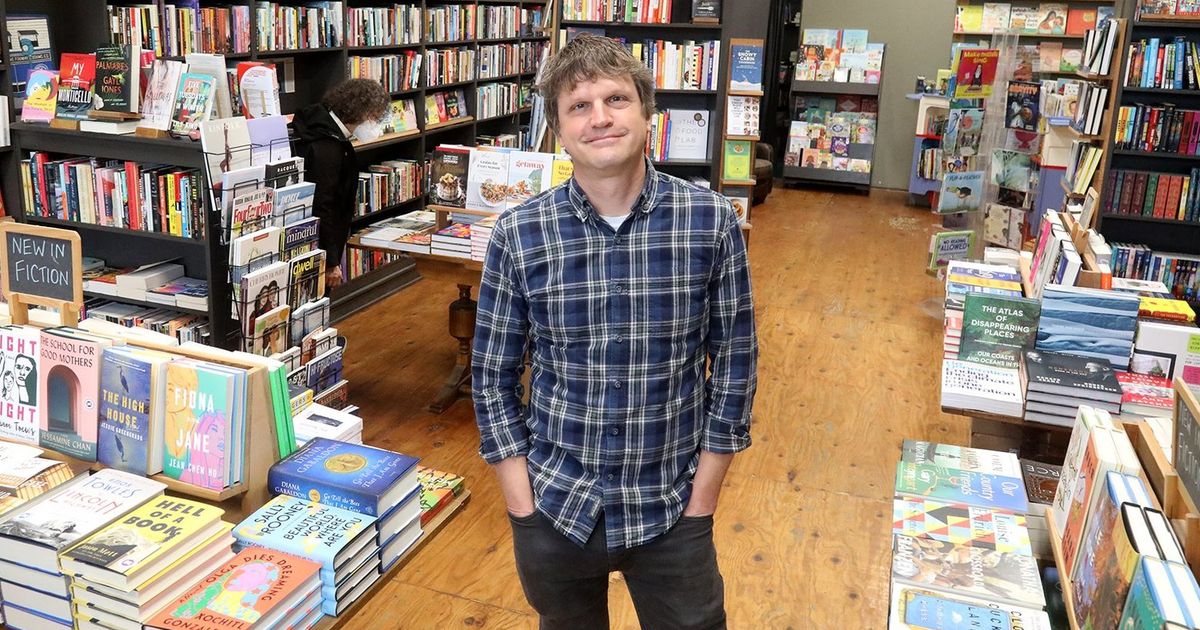 At Phinney Books, a neighborhood bookstore has patiently assembled one of Seattle’s best browsing experiences

About eight years ago, Phinney Ridge resident Tom Nissley spent a long winter night reuniting with two old friends who now worked at independent bookstores. Nissley was no stranger to books and bookstores: having earned a Ph.D. from the University of Washington. in English, he worked as an editor for Microsoft and Amazon, before founding the online booksellers blog Omnivoracious, which hosted author interviews, book reviews and literary news. And he had just published “A Reader’s Book of Days,” a lively reference book listing literary trivia and trivia for each day of the year.

But that conversation with booksellers inspired something new in Nissley. “At the end of the evening, I said to my wife, ‘I think I would like to own a bookstore one day.’ I had never said that in my life, ”he explains on the phone. “And then the next morning I received an email telling me that our neighborhood bookstore was for sale.”

Santoro’s Books served the Phinney Ridge community from a 1,200 square foot storefront at 7405 Greenwood Ave. for nearly a decade, and Nissley had grown accustomed to having a neighborhood bookstore. “At that time, it was just a series where I said nothing to nothing,” laughs Nissley. He invested some of the funds he recently earned in eight times “Jeopardy!” champion in the shop “and within months I was the owner and operator of Phinney Books.”

Phinney Books is a beautifully appointed space, with well-worn upholstered leather armchairs and a bookcase in the boxcar-like children’s section. Browsers can easily tell the fiction sections from the non-fiction books: on the right wall of the store, new customers often stop at the sight of a large sign identifying the books below as “TRUE”. When they look to the left, they see another large sign delineating the “MADE-UP” titles.

Nissley says owning a bookstore is “a super subtle ongoing dialogue” with the community, and that a bookseller’s ultimate goal should be “to learn what the neighborhood wants.” I always wanted it to be a neighborhood bookstore,” says Nissley. “Especially because I’m from Amazon, which is quite the opposite.”

As an example of the community that shapes the store, Nissley says the children’s graphic novel section has more than doubled in size since Phinney Books opened, and neighborhood interest in the nature section has exploded. during the pandemic. “The trees are super hot right now,” laughs Nissley. “They have been around for a long time, but now is clearly their time.” And since the early days of the closures, Phinney Books has “become a puzzle hotbed”, with the entire storefront occupied by a wide variety of beautiful and challenging puzzles. “We often wonder if we’re going to have to change our name to Phinney Books ‘n’ Puzzles,” says Nissley.

Along with its sister store Madison Books, Phinney Books offers one of the best browsing experiences in Seattle. Spend more than five minutes in the shop and your eye will be almost guaranteed to be caught by a beautifully crafted little newspaper title you won’t find on the shelf of any other bookstore in town – the book you didn’t know existed but was absolutely destined to find you right now.

The heart and soul of Phinney Books, and probably the reason its selection is so superior, is Phinney by mail, a book subscription program that Nissley calls “my passion project.” Each month, Phinney Books staff select a book to send to subscribers. “We alternate between fiction and non-fiction, so you can subscribe for the whole year and get a book every month, or you can just choose to do fiction or non-fiction” and get a book every two months, explains Nissley. An illustrated children’s version of Phinney by Post is available for young bibliophiles.

With every Phinney By Post pick, “I really try to find a book that will appeal to a broad audience, but that my subscribers won’t have read,” Nissley says. The program started about seven years ago and Phinney By Post has at last count sent 85 titles to subscribers. The in-store display dedicated to Phinney By Post’s past picks is the store’s most fertile browsing territory, full of intriguing small-press titles that never made it to the New York Times bestseller list.

Phinney By Post’s ideal selection is a well-written, moving story told in a compelling and singular voice. Past Elections includes a historical novel about an insurrection in a segregated southern town originally published in 1901; lesser-known works by popular writers such as China Miéville, John McPhee and Jamaica Kincaid; and invigorating biographies of American con artists and labor lawyers. “The Queen’s Bet“, Walter Tevis’ novel about a gifted chess player, was Phinney By Post’s second pick five years before its adaptation became a Netflix miniseries.

“It’s kind of our little house game,” says Nissley, “to find out things no one else knows about,” but that contemporary readers will love.

For Nissley, books became her way of learning and communicating with her neighbors. “I love books, and so books are half the fun” of running Phinney Books, he says. “But the other half of the fun of having this place is being in the heart of my neighborhood and getting to know people in a way I never expected.”

“I lived in the neighborhood for over a decade and knew almost no one, and now I can’t walk down the street without saying hello to someone,” Nissley says. “I’m lucky to work around the books and work with good people, but by far the biggest blessing of all of this – not to sound too Fred Rogers on this – was being a person of my neighborhood.”

What do Phinney Books customers read?

You can’t miss Phinney Ridge author Karen Gaudette Brewer’s pocket field guide to local trees,”Northwest know-how: treesat Phinney Books. It’s right there on the counter next to the registers, where customers can absentmindedly pick it up, leaf through Emily Poole’s lavish illustrations, and add it to their pile of books. “It’s been a big seller for us,” says Phinney Books owner Tom Nissley.

“My favorite thing is finding forgotten old books that I can unearth and making them seem contemporary to people,” Nissley says. One of those lost classics that caught Nissley’s attention is “A different drummerthe 1962 debut novel set in a fictional American southern state by forgotten black novelist William Melvin Kelly. The book opens with a bold premise – “every black resident of the state within a week left and moved north,” Nissley explains, “and the story is told from the point view of white residents basically trying to figure out what happened.”

Like another novel from the same era, “To Kill a Mockingbird,” Nissley says “Drummer” clearly assesses the complex legacy of racism in the South but maintains “a bit of optimism that things might change. But what The interesting thing about Kelly is that that optimism didn’t last very long,” Nissley continues. “In the late 1960s, the things he was writing were incredibly dark, and I think he became a expatriate.”

One of the biggest recent hits from the Phinney By Post subscription program is Norwegian author Tarjei Vesaas’ novel about a child who goes into the wintery woods in search of his missing friend, “The Ice Palace.” “It’s the best book I’ve read in the last five years,” says Nissley.

[email protected]; on Twitter: @paulconstant. Paul Constant is a Seattle-based writer and co-founder of The Seattle Review of Books. His Neighborhood Reads series appears monthly in the Seattle Times.