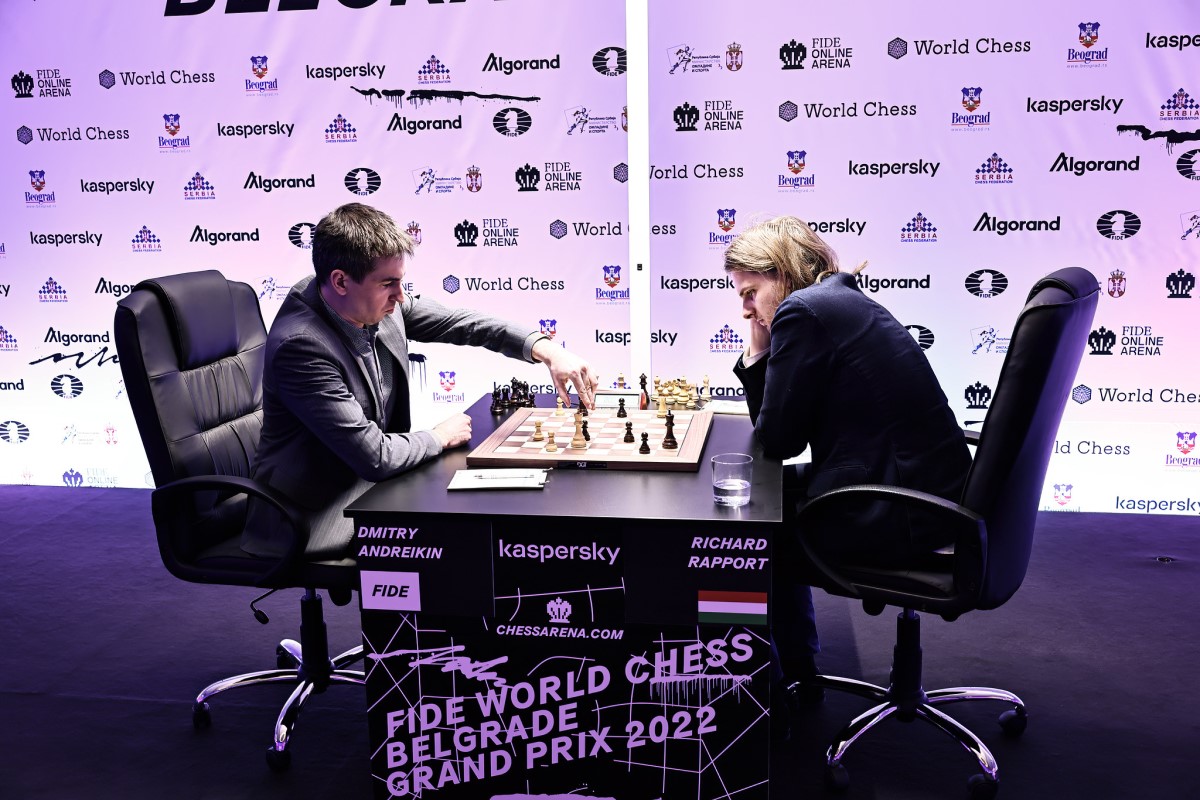 Known for openly opposing Vladimir Putin, Dmitry Andreikin had to deal with an unexpected incident before playing match 1 of the FIDE Grand Prix Final in Belgrade. His family flew to the Serbian capital from Moscow amid the European crisis, but they first had to return to Moscow and wait seven hours before finally making it to their destination. Aviation24.be reported on flight JU652:

Shortly after takeoff from Belgrade airport, the pilots entered a holding pattern and returned to Belgrade: an anonymous letter was sent to the airport authorities. The courier suggested that a bomb had been planted on the plane. The 209 passengers evacuated the plane and the A330 was inspected by anti-terrorist police units.

Seven hours later, the plane took off from Moscow. Meanwhile, the police are investigating the sender of the bomb threat.

The Petroff (or Russian) defense which is characterized by the moves 1.e4 e5 2.Nf3 Nf6 has been popular at the highest level for many years and enjoys a reputation as an extremely solid defense.

Andreikin had the white pieces in Saturday’s game. Richard Rapport played the Petroff defense and, given the circumstances, Andreikin chose a rather safe line in response. Although the game lasted 37 moves and the Russian spent over half an hour on one of his moves, it was evident throughout that the game would end in a draw.

After defeating Anish Giri in tie-breaks, Andreikin confessed to not feeling in the mood to fight “after my night” during the post-match conference. The final contenders followed the theory until move 19:

Only here Andreikin deviated from a previous encounter, while playing 19.Rxc7 instead of Andreas Heimann’s 19.h3. Naturally, given the symmetrical pawn structure and the reduced material on the board, the game ended in a draw.

The All England Championships – the badminton tournament for all ages