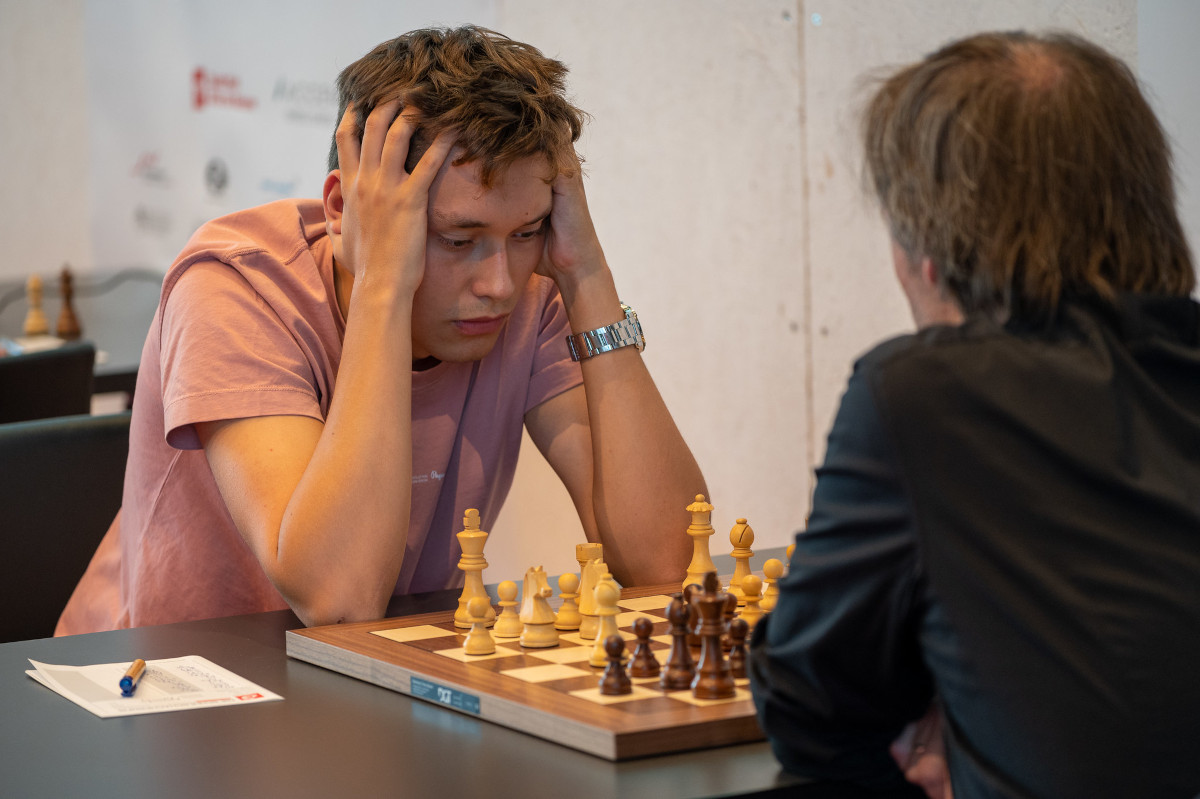 Biel: Le and Esipenko will face each other in the showdown

One round from the end of the Biel Chess Festival, nothing is decided yet. The Grandmaster Triathlon and Women’s Quad will feature head-to-head encounters between the first and second entrants in battles for the respective titles.

In the Grandmaster Triathlon, Le Quang Liem beat Arkadij Naiditsch with the white pieces, while his last round opponent, Andrey Esipenko, remains close thanks to his victory against Nodirbek Abdusattorov.

Gukesh, on the other hand, had to settle for a draw against last year’s winner Gata Kamsky, meaning he can no longer win the event.

In the women’s tournament, point guard Zhuang Yongzhe drew, allowing Iris Ciarletta to take the lead with her victory over Yulia Avilova.

The Swiss Youth Championships ended on Thursday. The new national title holders are:

The wins a third consecutive victory

In the GMT Grandmaster Triathlon, Le Quang Liem beat Arkadij Naiditsch to retain the lead. The Vietnamese GM is yet to draw a classic match in Biel, as he has won four times (including the last three matches) and lost once so far in the event’s most heavily weighted section.

Andrey Esipenko, thanks to his victory with the blacks over Nodirbek Abdusattorov, rose to second place. Gukesh vs. Gata Kamsky and Vincent Keymer vs. Saleh Salem ended in draws.

With one lap to go, Le is first with 34 points, Esipenko is second with 31 points and Gukesh is third with 29½ points. Abdusattorov (26½ points) can still fight for a place on the podium.

Note that in the classic section, wins are worth 4 points and draws are worth 1½ points.

Find all the games on Live.ChessBase.com: Classic | Fast | Blitz

Iris Ciarletta beat Yulia Avilova to take the lead with 36 points. Former point guard Zhuang Yongzhe only drew and is now second with 35 points, half a point ahead of Juliette Cornileau who won a very important match against Margaux Moracchini.

Ciarletta will have the white pieces against Zhuang in the final round, while Cornileau, who still has an outside chance to win the event, will face Sumarriva with black.

The young Swiss champions have been crowned

As part of the Biel Chess Festival, the young Swiss champions of the U16, U14, U12, U10 and U8 categories were crowned for the third time in a row.

Over seven rounds, the country’s top 16 players by category (U8: top eight) battled it out to win the national championship. The following players made it to the podium in their respective age brackets:

MTO: Alekseenko and Muradli in the lead

In the Master Tournament MTO, Vikash and Kirill Alekseenko shot the top board. This allowed Azerbaijani GM Mahammad Muradli to take Alekseenko into the lead after beating Alexander Motylev on lap 8.

Throughout this video course, we will explore how to master sacrifices and initiative in several aspects: opposite-colored bishops, pair of bishops, exchange sacrifice, launching an attack, and timing. to sacrifice will be discussed.

Alekseenko and Muradli are now leading with 6½ points. They are chased by a group of four 6-pointers, and ten 5½-pointers, some of whom have excellent tiebreaker scores.

Alekseenko will likely go for outright victory in the final round as he will have the white pieces against his lowest rated direct rival!

All games available – Round 8

Find all available games at Live.ChessBase.com