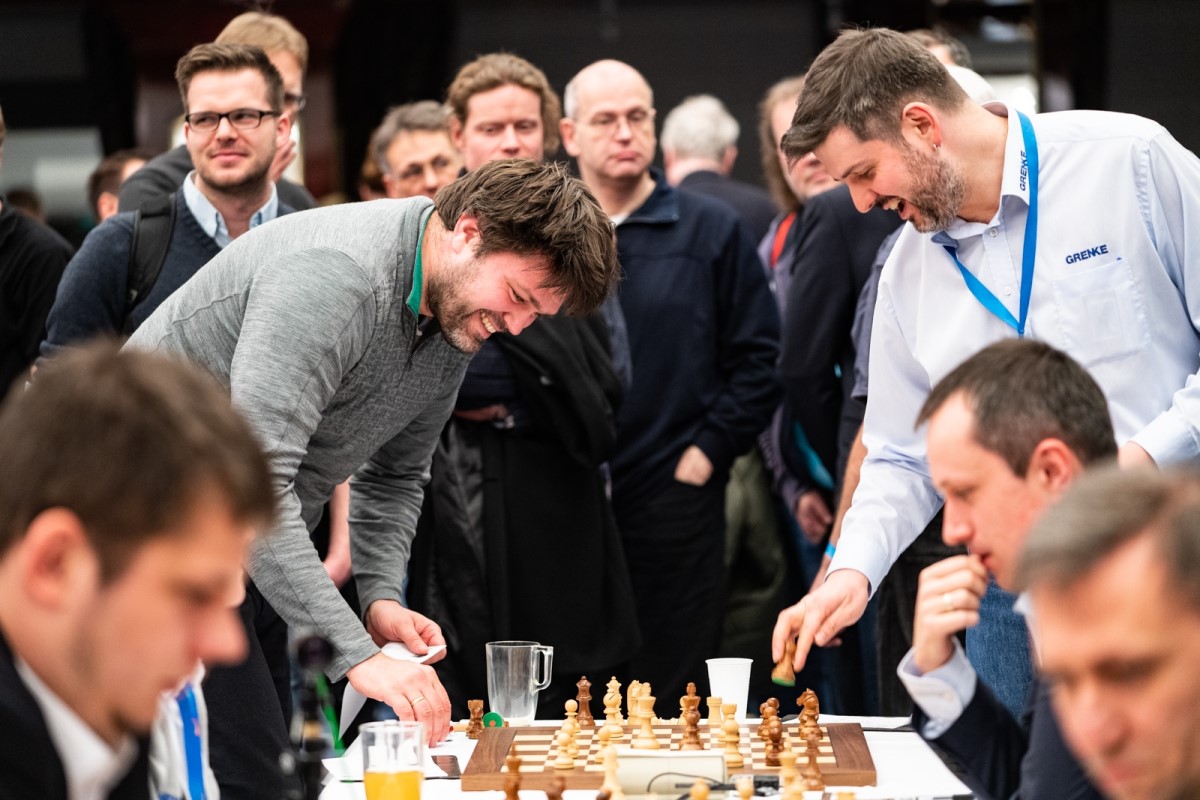 Bundesliga finals to be played in Berlin

Resumption of the “Postponed” tournament

In the days of pre-numerical chess, the term “adjourned game” meant a short-term postponement of a game of chess and its resumption after a few hours or one of the following days. However, postponement of tournaments was not a common practice.

Only the pandemic restrictions of 2020 forced the organizers and promoters of chess events to “postpone” the tournament and required equally creative and sporty solutions. For the German Chess Bundesliga, the lockdown in March 2020, roughly mid-season, meant only a temporary halt to the team competition which began in the fall of 2019. The clubs have now donated a unanimous answer: the show must go on!

In good tradition, Schachfreunde Berlin 1903, in cooperation with Schachbundesliga eV and main sponsor UKA, will host the remaining seven rounds of the interrupted season in a central Bundesliga final in the German capital.

The place is the Hotel Maritime proArte (Friedrichstraße 151 / Dorotheenstraße 65, 10117 Berlin) in a prime city location.

The rounds will be played on the following days:

Excitement is guaranteed until the last round: at the halfway point, the two favorites for the title of champion of Baden-Baden and Hockenheim are tied at the top of the standings without any defeat. The showdown could take place in the 14th round on October 16, when the two teams face off. But exciting and high-flying duels are also expected between the teams of eight players for the other places and the preservation of the class. Many top national and international players are expected, including perhaps former world chess champions!

Defeat the defense of Berlin

Since the Kasparov-Kramnik WCh match (London 2000), the players with the white pieces have broken their teeth biting the Berlin Wall in Ruy Lopez. The situation from White’s point of view has become precarious – to dodge it is to capitulate, because in all alternative variations to the Berlin final, White immediately gives up the fight for an opening advantage. White must find ways to break through the black defense. There is hardly any other Grandmaster in his class who is as well known for his uncompromising and creative play as Latvian Alexei Shirov.

See the individual results of each team …

For its proven and effective support, Schachfreunde Berlin would like to thank the main sponsor and developer of energy parks, UKA Umweltgerechte Kraftanlagen GmbH & Co. KG. UKA plans, builds, manages and operates wind and solar farms and associated infrastructure. Founded in 1999, the company is one of Germany’s leading developers, with around 60 grid-connected energy parks and a four-gigawatt international project pipeline.

Equal thanks are due to GRENKE AG as a long-standing partner and co-sponsor, as well as to d-fine, under whose patronage the 2nd d-fine open university fast chess tournament will be held in the Maritim proArte hotel on October 16. 2021 at 12:30 p.m., and the 1st d-fine corporate chess championship will be held on October 17, 2021 at 9:30 a.m.