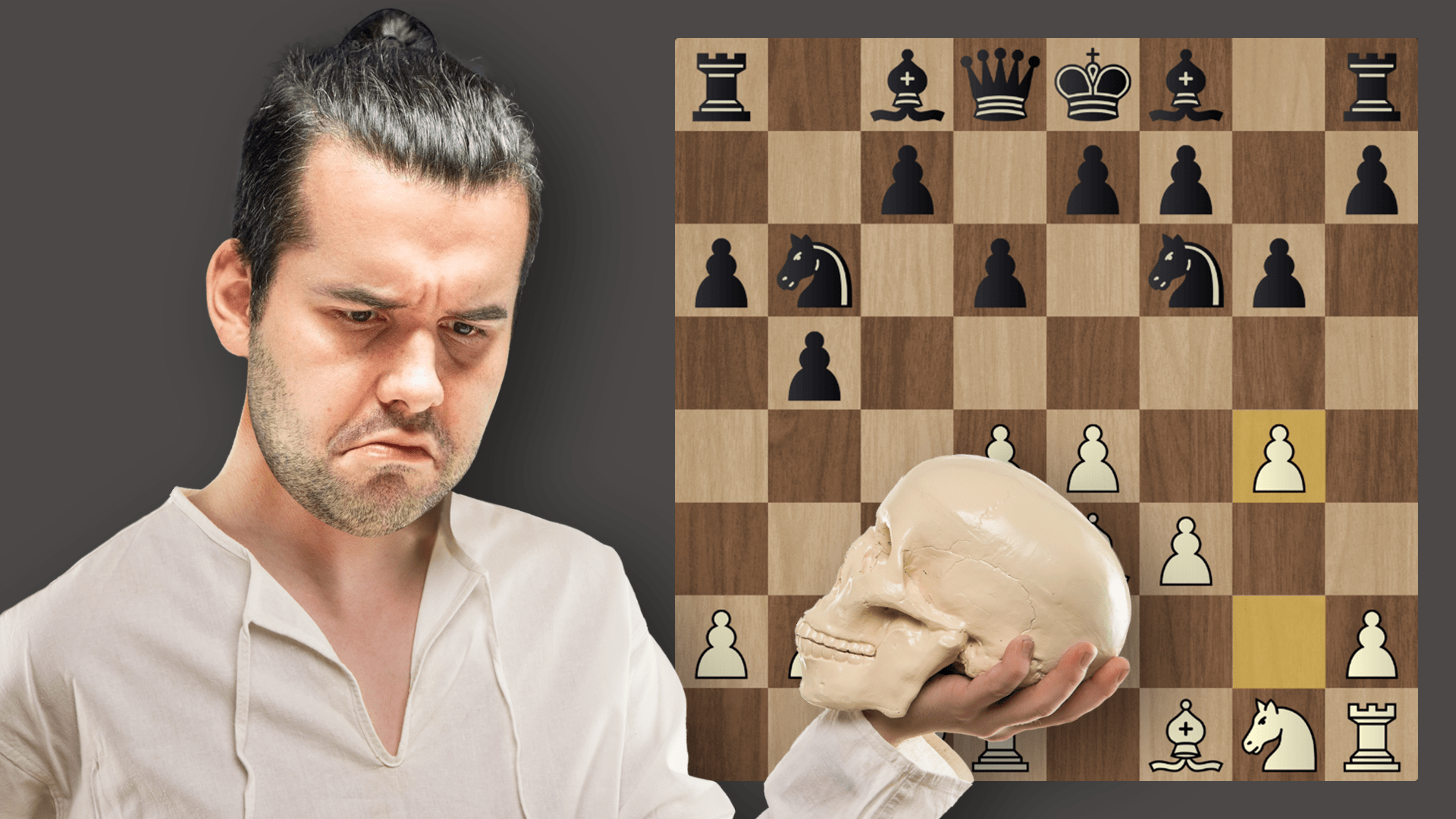 As we all know, Hamlet’s famous question “to be or not to be?” basically meant “to live or not to live?” »In chess, when deciding whether or not to castling your king, in many cases you are choose between the life and death of your monarch!

“And that’s why I cast as much as possible. It makes my king more secure,” many inexperienced players would say. And they would be very wrong!

You see, there is a popular misconception about castling. Here are some quotes I found on chess websites all over the Internet: “Every chess teacher will tell you that castling is so essential; “” In general, it is always better to castling early; “The rules of thumb say castling is essential from the start;” etc.

While it’s hard to argue with an obvious fact that in most games you do indeed want to castling, look at the following game played by two 1600+ players:

Do you see why the Queenside castling was a decisive error? Yes, White moved his king exactly where Black was going to attack him! This is completely the opposite of the purpose of castling, which is to get your king to safety!

Do you think only players below a master level make mistakes like this? Well, watch the next high level playoff game that would determine who would qualify for the Candidates games!

How could one of the best positional players of his time, GM Zoltan Ribli, make such an obvious mistake and castling his king where he was going to checkmate? I don’t have a clear answer to this question, but I guess every chess player must commit this chess crime at least once in their career. It’s almost like before a chickenpox vaccine was invented, every child would receive it and then become immune to the disease. Here is my own example of a wrong answer to the question in the article title:

My opponent has just played 15. Rhg1, clearly showing his intention to play g2-g4 and launch a direct attack on the king side. Why do I have castle, then? Well I guess I’ll save the answer for my book How to do really stupid things. Also, when I had the chance to trade queens on the 17th move to drastically reduce the attack ahead, I didn’t either. One more example for the book!

As I mentioned before, this error is like chickenpox, once you get it you usually become immune. Here is my game which shows correct strategy in situations like this, which can be summed up with a simple sentence: Do not castling in checkmate!

So, as you can see, one possible strategy is to just keep your king in the middle, which can be dangerous, but it’s still a lot safer than castling checkmate. Another strategy, which is not always possible, is to simply castling on the other side of the board. The current challenger of the world championship gives a master class in this next match:

To sum up, while in general you really want to castling in most of your games because it adds security to your king, sometimes reckless castling does exactly the opposite.

One of our great world champions, GM Vladimir Kramnik, wants to make it easier for all of us to make this kind of decision by completely eliminating castling. Only time will tell if he succeeds, so for now remember: Don’t go to checkmate!

Have you ever tamed an opponent who has launched into your attack? Let us know in the comment section below!