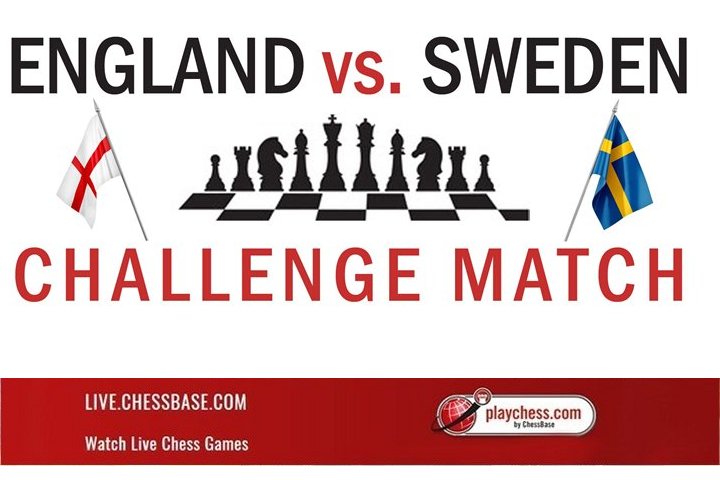 The match will take place at the residence of Swedish Ambassador to the UK Mikaela Kumlin Granit. Taking place in the residence’s large library, the match will be played over five classic chess games and five quick-timer games.

To encourage fight chess, organizers structured the prize fund to provide greater financial reward for a win and a loss than for two draws. The prize is a maximum of £17,000 (€20,000).

All matches will start at 2 p.m. GMT.

Chess24 will be the official match broadcast partner providing full coverage of the event, including live commentary from Managing Director Simon Williams and Askild Bryn.

David Howell is an English grandmaster and three-time British chess champion. He set several records as a chess prodigy, including being the youngest British player to win the Grandmaster title at just 16 years old.

In 2015, Howell came second at the Gibraltar Masters and won the first British knockout championship. That same year, in August, he broke the 2700 rating mark and achieved career highs for rating (2712) and world ranking (36).

David scored a top-10 performance at the 2017 European Individual Chess Championship after leading for much of the tournament. Other career highlights include finishing top 10 at the FIDE Chess.com Grand Swiss 2019 and 2021, where after winning four in a row, David shared the lead with two rounds to go.

Nils Grandelius is a Swedish grandmaster. He became FIDE Master in 2007, International Master in 2008, Grandmaster in 2010, Swedish Champion in 2015 and was Sweden’s top player for almost a decade.

Grandelius was one of the seconds of Magnus Carlsen, the current world champion, in the matches of the World Chess Championship 2016 and 2018.

The Winning Academy 7: Why is the threat stronger than its execution?