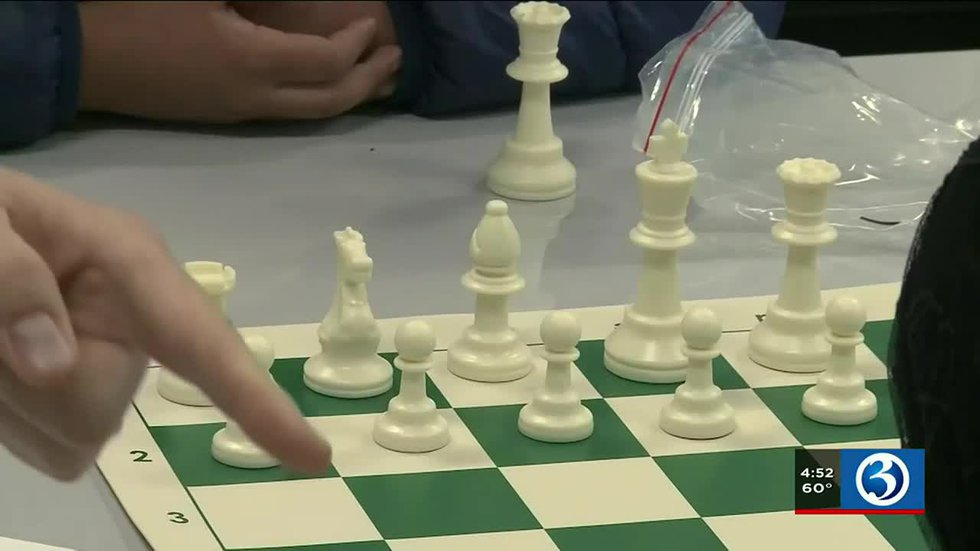 RALEIGH, NC (WFSB) – Afghan refugee children are adjusting to a new life in the United States by playing a game originating in their home country.

While the Taliban once banned the game of chess, an elementary school in North Carolina uses it as an important teaching tool in the classroom.

It’s game time for a special group of students at this Raleigh elementary school. They came to learn chess.

Elshan Moridiabadi is a chess grandmaster, now living in Durham. He introduced students to kings, queens, bishops and noble knights.

The students and their families are refugees from their troubled homeland of Afghanistan, where some say chess was born.

Before long, the students were building their own armies for battle.

Carol Meyer is the executive director of US Chess, and she says the game itself was attacked in Afghanistan.

“There was a time, in the early 2000s, when the Taliban government was first installed, when chess was actually banned.”

With the control of the Taliban, chess could once again become a crime.

Principal Chris Cox says here that the game has helped break down barriers.

“Obviously in a new place, at a new time, and feeling very alien to them, it’s something that really gives them a little familiarity with something they love, as simple as playing chess. And again, that’s why we do what we do well? Just to have our kids and see that twinkle in their eyes when they learn. And all those students are still trying to master the English language, so a connection for them with chess has been really, really great.

Carol agrees. “We see chess as a universal game, and it is a universal language. Today, these children were able to move the pieces even though they did not yet master the language we were speaking in the room.

And at the end, each student took home their new chess set.