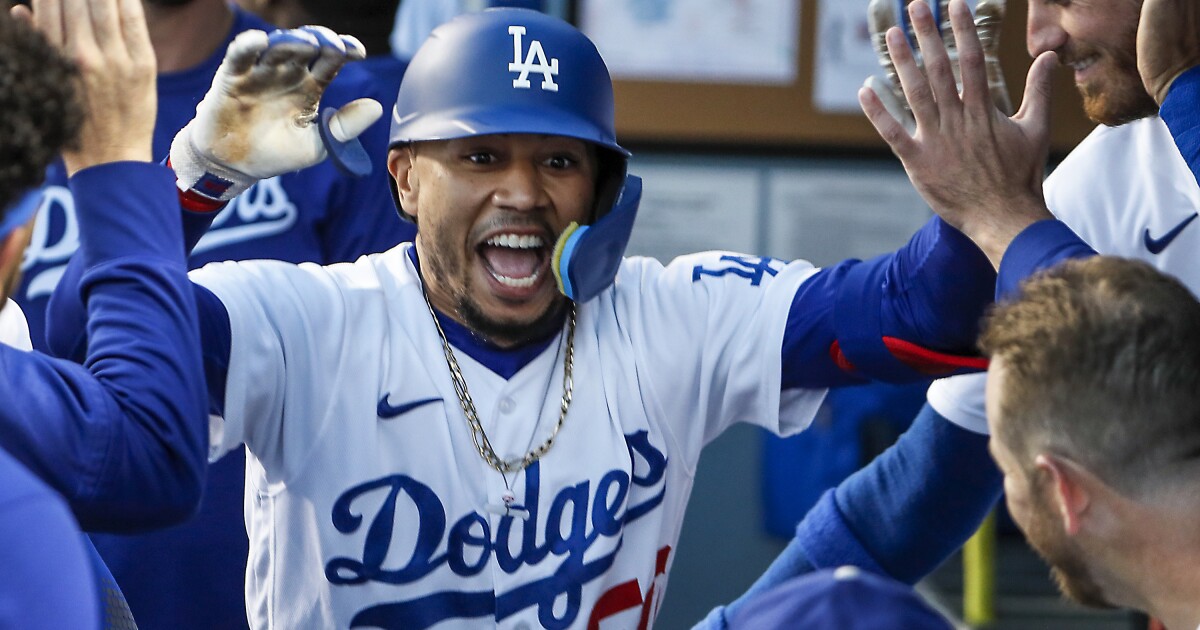 Craig Kimbrel is ever closer to the Dodgers.

But questions about his inconsistent form over the past two months continued to escalate on Friday, a day after he failed to complete the ninth inning of a stoppage opportunity due to a number throws high.

“The inconsistencies, given who he is, I think we’re all surprised at,” manager Dave Roberts said.

Kimbrel’s outing on Thursday took his ERA for the season to 4.82 and his WHIP to 1.54, both of which are the worst among any Dodgers pitcher with at least 10 appearances this season.

After starting his season with eight scoreless performances in his first nine outings, the right-hander has now given up at least one point in 11 of his last 21.

And while some of Kimbrel’s underlying numbers provide reason for optimism – including an expected ERA of 3.00, according to Baseball Savant, giving Kimbrel one of the biggest differences among MLB pitchers between his actual and expected notes – Roberts acknowledged the team and their new closest are trying “to get on the same page and right the ship”.

Roberts identified Kimbrel’s mastery of the curveball as his biggest problem lately.

A two-pitch pitcher throughout his career, Kimbrel had relied more and more on his curveball, and less on his over-90mph fastball, in recent seasons. Last year he threw the curveball more than 40% of the time, a personal high.

This season, however, his use and effectiveness with the pitch has dropped. He only throws it 33.5% of the time now. It also generates fewer outflows and puffs.

“The form is different on almost every pitch, and there are a lot of uncompetitive misses with the breaking ball,” Roberts said. “It will increase your pitch and obviously get you into accounts you don’t want to be in. So I think that’s something we need to work together to leverage and find some consistency.”

Kimbrel almost completely gave up curveball on Thursday, instead throwing his fastball 25 of 31 pitches.

The result: Several long batters against the Cubs batters, who managed to foul the radiator and, after a seven-pitch RBI brace by Seiya Suzuki and a nine-pitch walk to Patrick Wilson, finally knocked Kimbrel out of the game before he could get the game final.

“Our guys are on it right now and trying to figure out if it’s mechanical, if that’s the intent of the form,” Roberts said. “But the bottom line is, that throw, that throw needs to be more consistent.”

After leaving Thursday’s game early with a side cramp, Brusdar Graterol felt better on Friday, Roberts said, and won’t need to be on the injured list.

Roberts said the team was giving Graterol the day off Friday, but more because of recent use than residual injury issues.

“As far as where he is physically, he’s great,” Roberts said.