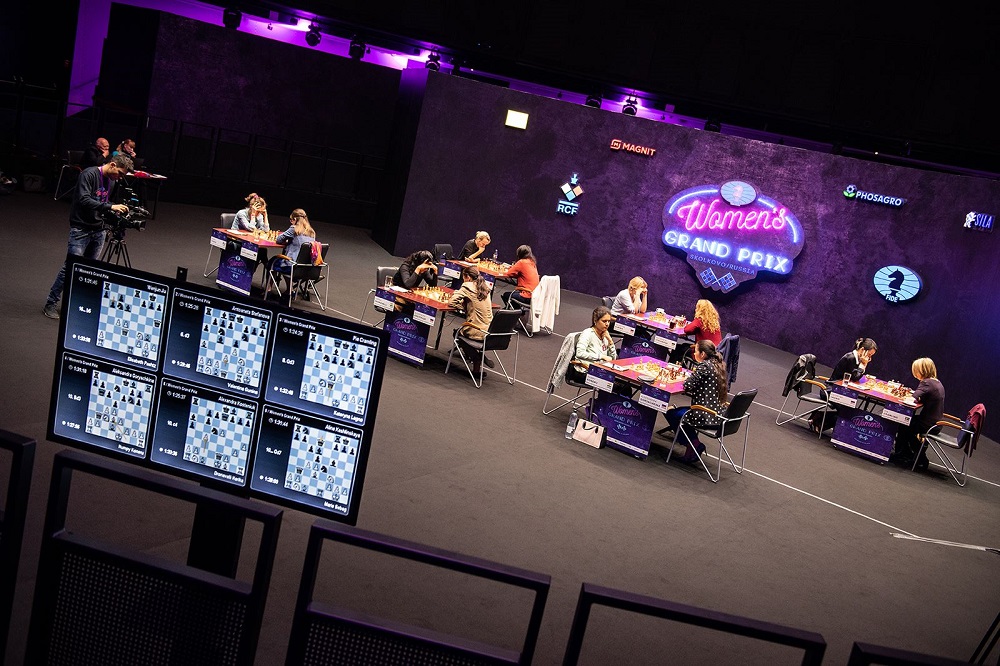 The first event of the 2022-2023 Women’s Grand Prix Series will begin in a few days (September 17) in Nur-Sultan, the capital of Kazakhstan.

Improve your chess with Tania Sachdev

On this DVD, famous Indian WGM Tania Sachdev shows you how to evaluate certain positions and then find the right concepts and plans based on her own games.

Formerly known as Astana, Nur-Sultan is a futuristic city in the middle of a vast steppe. With an estimated population of 1,136,008, it is the second largest city in the country, after Almaty, the capital until 1997. Today it is one of the most modern cities in Central Asia .

The event will take place at the Astana International Financial Center (AIFC) while players, companions and officials will stay at the Hilton Astana hotel, perched on the edge of the 2017 exhibition grounds.

Competing against 16 of the best players in the world, the Grand Prix will be spread over four different events (Kazakhstan, Germany, India and Poland will be the host countries) and each player will have to participate in three of the four tournaments.

The stakes are extremely high: the top two in the series will qualify directly for the FIDE Female Candidates 2023-2024.

The twelve participants of Nur-Sultan, with their starting numbers, are:

India’s best player GM Humpy Koneru withdrew from the first event a few weeks ago due to medical reasons and as per regulations was replaced by IM Vaishali R who is also playing for India only for this first event.

The two seeds, Aleksandra Goryachkina and Kateryna Lagno, playing under the FIDE flag, have a slight advantage over the rest of their colleagues, especially the two-time junior world champion Goryachkina. In addition to being the big winner of the previous edition of the Women’s Grand Prix, Goryachkina is the only player on the board to have crossed the 2600 elite mark.

However, it may be too early to speculate whether the lack of recent ranked games could be a drag on any of them: Goryachkina has only played fifteen official classic ranked games so far this year.

How to exchange coins

Learn to master the right exchange! Let German WGM Elisabeth Pähtz show you how to gain a strategic winning position by trading coins of equal value or how to safely convert material advantage into victory.

Nevertheless, in online events, Kateryna Lagno (photo below) succeeded very recently. She won the 2022 FIDE Chess.com Women’s Speed ​​Chess Championship, defeating Hou Yifan in the final round. Many participants who will play Nur-Sultan also took part in this event.

As for the other two participants playing under the FIDE flag, Polina Shuvalova has kept herself very busy, as she has played 45 official FIDE-rated matches this year, including Tata Steel in January and two high profile local events in August. ; while former Women’s Recurve World Champion and current World Cup champion Alexandra Kosteniuk has only had 11 Recurve ranked games but has recently played successfully in the French Chess League and other online events.

For several reasons, including the fact that China did not participate in the Olympiad this year, they hardly played any official classic games, although both were active online and in fast and blitz.

Nevertheless, while writing this report, I noticed that Zhu Jiner is currently competing in the highest category of the Chinese League in Fuling, Chongqing.

Meanwhile, some of their main opponents have been much more active. Elite players Alina Kashlinskaya, Elisabeth Paehtz, Vaishali R and Dinara Wagner have all played at the Chennai Olympiad recently, landing important high profile matches. In particular, Vaishali shared the third board individual bronze medal with his brother, elite Indian grandmaster Praggnanandhaa R.

The locals, the residents

Getting started in chess is difficult, and this DVD aims to reduce that stress. Designed for beginner levels in the openings, a brief introduction to why we play some of the most common moves in popular openings like Spanish and Sicilian is given.

A few years younger, Bibisara Assaubayeva (photo below), winner of several world and continental youth titles, is also the current women’s world blitz champion. Both were part of the Olympic team that finished fifth in Chennai, where Abdumalik also won the individual bronze medal on first board.

The first round, scheduled for next Sunday, September 18, already offers some very cool clashes.

The total prize money for each stage will be €80,000, with an additional €80,000 being distributed among the top 8 in the Women’s Grand Prix World Rankings, based on the cumulative points they score across the four events.

HBO Steamrolls the competition at the 2022 Emmys, capping a tumultuous summer