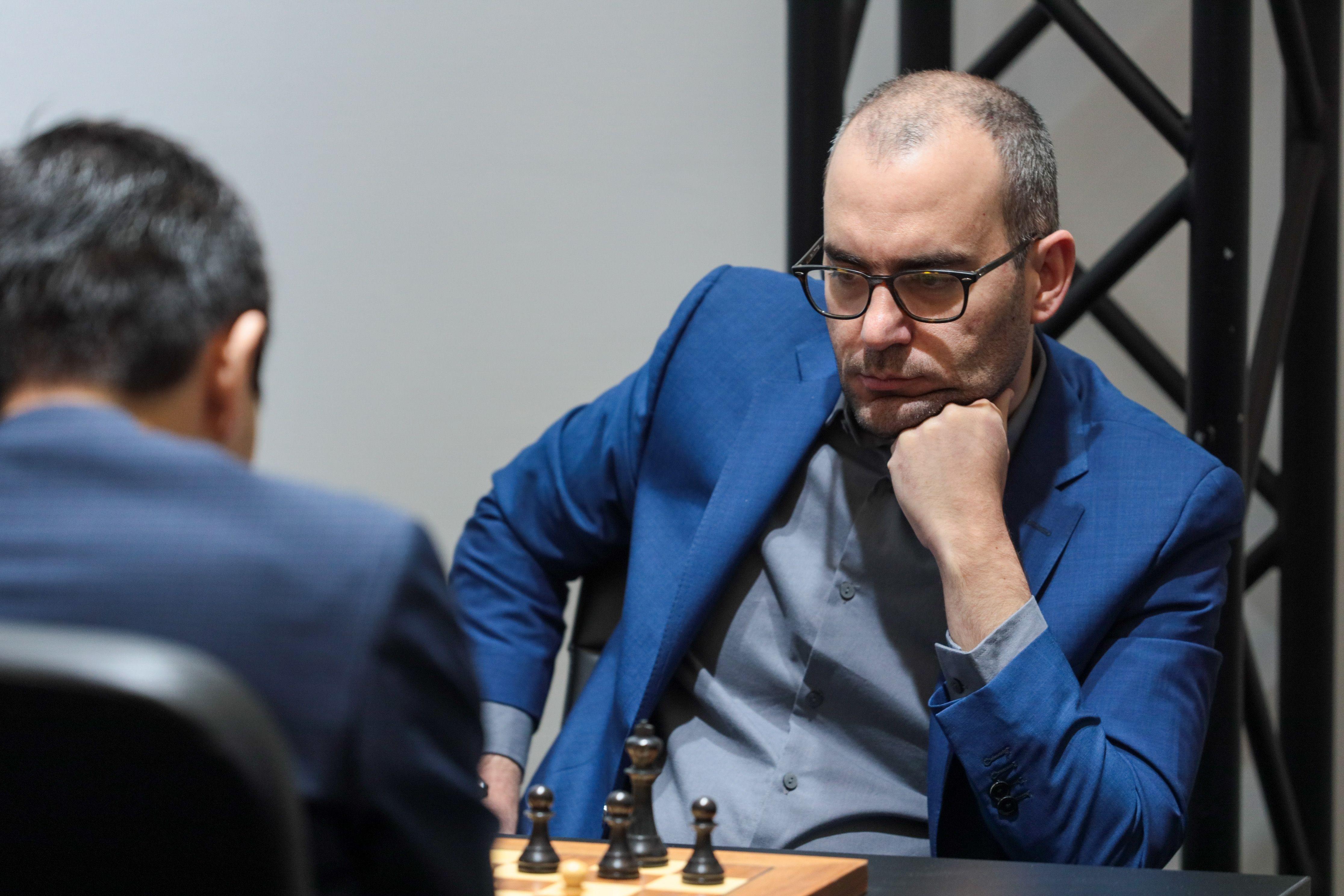 The second round of the FIDE Grand Prix 2022 produced fierce battles in all games except Group C. GM Hikaru Nakamura, GM Radeslaw Wojtaszek, GM Levon Aronian and GM Leinier Dominguez became the sole leaders of their groups respective, all with a rating of 1.5/2.

In post-match interviews, the format of the event – ​​where a preliminary group stage selects a single player from each group to advance to the knockout stages – is often mentioned. It’s becoming increasingly clear that almost all players feel the importance of fighting for the top spot in their respective groups, which bodes well for the fighting spirit in the tournament.

Both games in the group produced scintillating battles with the potential to produce breakthrough results, but GM Alexander Grischuk escaped from a difficult position to hold the draw against GM Etienne Bacrot. Nakamura played a near-flawless match to outsmart GM Andrey Esipenko and take the group’s only victory so far, becoming the sole leader.

Grischuk’s plays almost always guarantee interesting play, and he got the ball rolling by using the Pirc defense with the black pieces, although he spent a lot of time in the opening phase itself. On move 14, Black’s position seemed so passive that one of our WGM commentators Keti Tsatsalashvili remarked: “Look at these [Black] pieces on the queen side – they look like penguins!” GM commentator Robert Hess also blamed Grischuk’s clock management as the main reason for his problems: “He got it from the first go. The game is as one-sided as possible. But Grischuk fought hard:

By comparison, Nakamura won a well-run game. Gaining a slight advantage in the opening, he constantly applied the pressure to secure a well-deserved victory:

Another player who continues to impress in Berlin is Wojtaszek, who is playing remarkably despite being a last-minute substitute for GM. Dmitri Andreikin. Asked in the post-match interview about his outstanding performance so far, Wojtaszek replied modestly: “I didn’t expect anything. [here]. I just expected to be able to play some games. I must know [about my participation] only three days before the event… i’m playing here [under] zero pressure. I appreciate the whole process. That’s nice!” Such wise words, despite missing out on a likely win:

i play here [under] zero pressure. I appreciate the whole process. How nice!

One of the best matches of the round was the matchup between GM Richard Rapport and GM Vladimir Fedoseev. It was a classic hand-to-hand combat game between two outstanding fighters in today’s chess world, and the game was a clash between two strong wills. One of the main reasons for the intensity of this fight was that Rapport came to the board after losing his first round, as Fedoseev picked up an impressive victory:

It was the most peaceful group of the day, as both games ended in draws within three hours of the start, within minutes of each other. The game between GM Daniil Dubov and Aronian started interestingly from what looked like a complex opening but never really warmed up for a full-fledged fight. If Aronian seemed better prepared, even having a half-hour lead on the clock, Dubov never lost control of the match.

GM Vincent Keymer and GM Vidit Gujrathi also arrived on the board well prepared in a Queen’s Gambit Tarrasch variant and the game quickly reached an even ending to conclude peacefully. Thus, the group maintains the status quo in terms of points by each player.

It was another intense day for the group, after a relatively calmer first round. From the start, GM Pentala Harikrishna appeared to pressure GM Wesley So from the white side of a Berlin, but the latter defended fiercely to hold a draw in a late round:

Finally, in our match of the day, Dominguez played a remarkably dynamic game to outsmart GM Alexei Shirov:

If the quality of the games and the level of competition are any indication, the 2022 FIDE Grand Prix to be held in Berlin should produce some high-intensity clashes in the days to come.

The Berlin FIDE Grand Prix is ​​the first of three stages of the event. The Berlin tournament takes place from February 4 to 17. Tune in every day at 6:00 a.m. Pacific / 3:00 p.m. CET every day for our show.