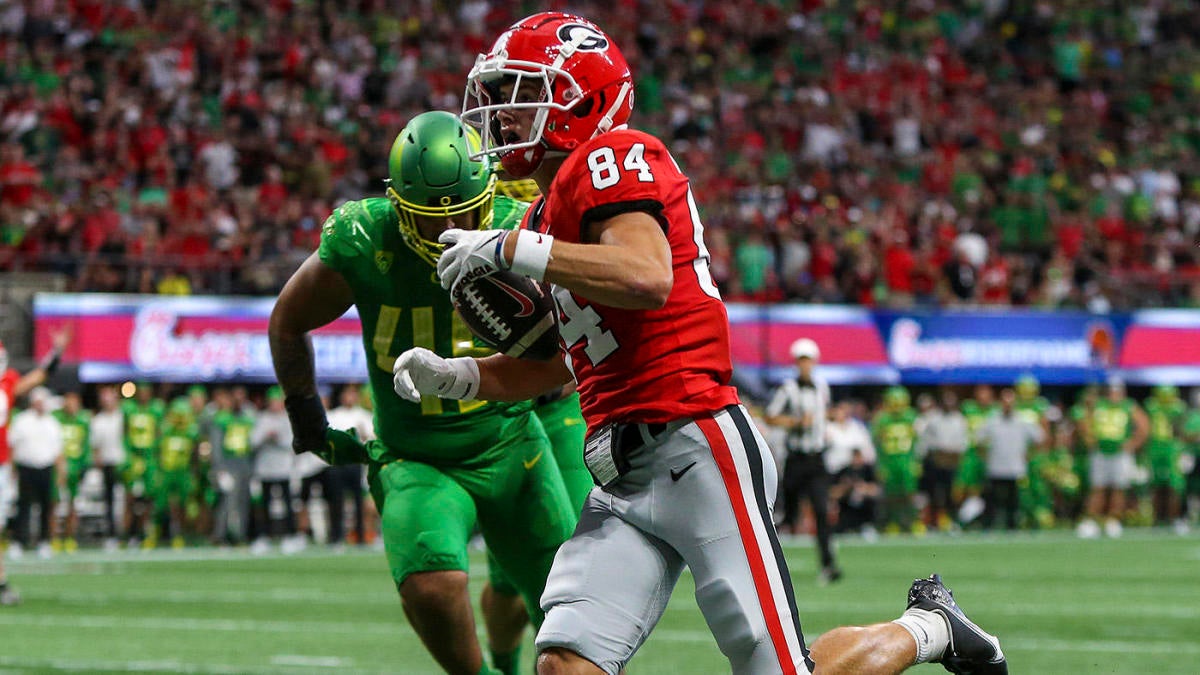 ATLANTA — No. 3 Georgia holds a 21-3 lead over No. 11 Oregon on Saturday through the first half of Saturday’s Chick-fil-A kickoff game at Mercedes-Benz Stadium. And what a stellar start to the season this one has been for the reigning national champions. Senior quarterback Stetson Bennett IV hit Ladd McConkey from 4 yards out with 21 seconds left to give the Bulldogs the big lead at the break. Bennett is 18 of 21 passes for 254 yards and a touchdown in two quarters.

One of the game‘s most impressive players was Georgia running back Kenny McIntosh, who had 7 rushing yards and a rushing touchdown to go with 80 receiving yards. The biggest play came on Georgia’s final practice of the half when McIntosh caught a pass and scampered down the left sideline for 38 yards.

Malaki Starks, a star freshman in that vaunted Georgia defense, has played the game so far when he knocked out Oregon quarterback Bo Nix at the 8-yard line with a deep shot face to face. Nix is ​​16 of 24 for 142 yards with two interceptions and threw several more ill-advised passes that could have been caught if there were any near his receiver.

Keep it locked with CBS Sports throughout the game for live updates, analysis and highlights as Georgia battles Oregon.

Last Russian-Ukrainian War: What We Know About Invasion Day 193 | Ukraine