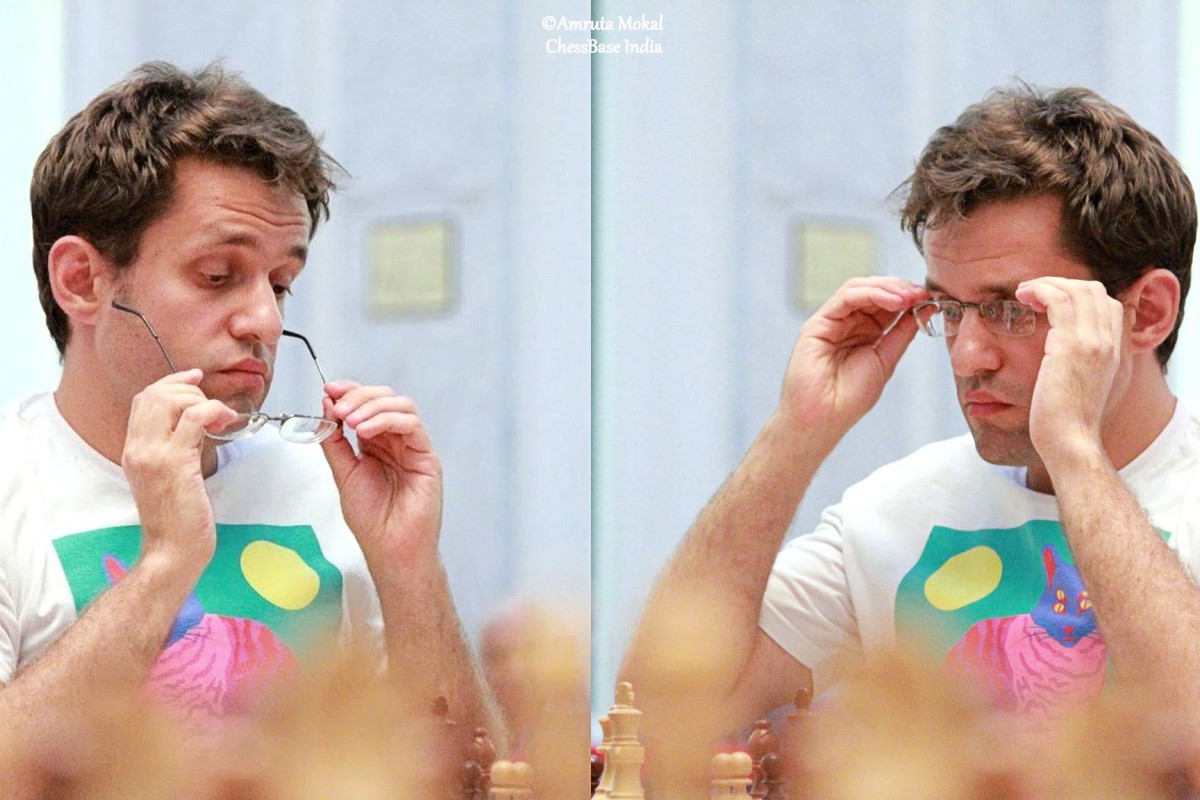 The preliminary phase of the Goldmoney Asian Rapid tournament ended on Monday. Eight of the sixteen participants advanced to the quarter-finals, with grandmasters Alireza Firouzja, Peter Svidler and Daniil Dubov missing the cup. On the other hand, the big surprise was 17-year-old Indian grandmaster Arjun Erigaisi, who qualified for the knockout.

The top scorers were Levon Aronian, Vladislav Artemiev and Ding Liren. Tour leader Magnus Carlsen finished tied for fourth with Wesley So, each with 9/15 points, meaning they will face each other in the most exciting match of the quarter-finals. Carlsen and So are ranked first and second overall on the tour as they were the finalists in 3 of the 6 events played so far – Carlsen won the final duel at the end of last month.

In a short video montage, the organizers of the Champions Chess Tour have compiled a series of strong emotional reactions shown by the world champion throughout this year’s series:

Hardly any world champion has succeeded in captivating chess enthusiasts as much as Carlsen has. The extremely talented Norwegian has not been systematically trained within the structures of a great nation playing chess like Russia, Ukraine or China.

In the remaining quarter-final matches, Aronian will face Arjun, Ding will face Jan-Krzysztof Duda and Artemiev will face Anish Giri.

In the knockout phase, each match will be played over two days. On Day 1 there will be four quick matches, and if the match ends 2-2 it will simply be a draw. On day 2, another match of 4 matches will take place. If both matches are drawn, or if the players have traded wins, then shortly after the second match there will be a play-off: two blitz matches followed, if necessary, by Armageddon.

Usually in these events, the third day of the qualifiers does not present as many decisive results as in the first ten rounds, because the players who are in the first half of the classification naturally prefer not to take too many risks.

At Goldmoney Asian Rapid, the only player who finished the preliminaries undefeated was Aronian, who didn’t hesitate to get into complications in his first game on Monday – against none other than the always-edged Firouzja.

Firouzja, who turned 18 just over a week ago, has been playing in Vienna lately. Given his tournament situation, the youngster chose not to trade queens on move 14, which left him in a lower position. However, his opponent was not very specific in the complications that followed and did not anticipate that White had a winning tactic in the schematic position.

None of this happened, however, as Firouzja played 23.Nf4 both, and black had an advantage after 23 … Qf5 24.Dh6 Tg7. Aronian continued to find strong defensive moves and continued to reap the full point soon after White’s initiative wore off.

Firouzja bounced back with a victory over Hou Yifan, but despite winning back-to-back wins in rounds 14 and 15, he did not reach the quarter-finals. The youngster had the worst first tiebreaker score among the four tied with 8 points – Duda, Giri and Arjun were the other three, and they reached the knockout.

In the final match of the day, Duda scored a decisive victory over Gukesh to secure a place in the knockout stage.

You play 20 elegant positional chess moves – but you reject the game with miscalculation. To play chess well, you have to know how to calculate. The ability to calculate is not something chess players were born with. Calculus is a basic skill that can be improved with practice. In this 10th Power Play DVD, Grandmaster Daniel King will help you assess your arithmetic level and give you tips on how you might refine your thinking on the chessboard.

Before the final round, Gukesh still had outside chances to advance to the round of 16. Perhaps that is why he chose not to play 56 … Qxa4 in the above position, as that would allow 57.Db6 + Kb8 58.Dd8 + with perpetual check.

It’s likely that Duda wouldn’t have forced the draw, especially if he knew Firouzja had beaten Saleh Salem before. Nevertheless, the Indian’s decision to opt for 56 … Qb3 left it in a lower position. In the agonizing final phase of the match, Duda managed to keep his cool and clinched the momentous victory.

Our in-house expert took a closer look at three informative endgame positions, including the following one, which appeared in Artemiev vs. Duda from Round 12 onwards.

MÃ¼ller shows why the automatic 33 … Kf7 is actually a mistake in this seemingly harmless position with a symmetrical pawn structure.

Chess Endgames 14 – The Golden Rules of the Endgame Game

Rules of thumb are key when it comes to setting the right course in a complex endgame. In this latest DVD in his Endgame Series, our Endgame Specialist introduces you to the most important of these ground rules.