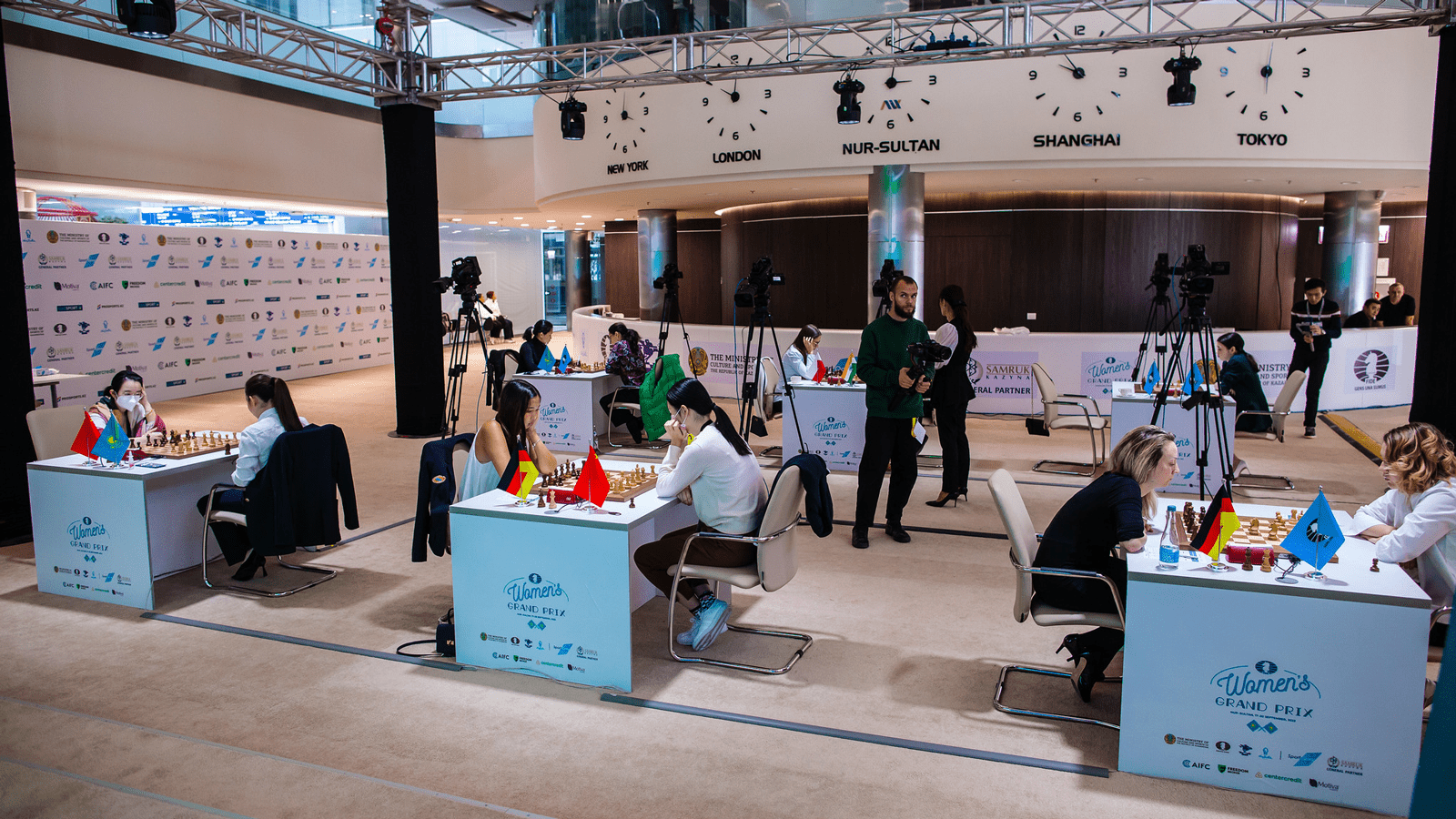 Midway through the tournament, GM Aleksandra Goryachkina of Russia and WGM Zhu Jiner of China tied the lead in the first leg of the FIDE Women’s Grand Prix in Astana, Kazakhstan. The top two players from the Grand Prix will qualify for the next FIDE Women’s Candidates Tournament.

The Women’s World Championship cycle resumes with the start of the Kazakhstan Grand Prix. At first, there was an oddity about the venue: the opening ceremony took place on Saturday, September 17 in the capital, then still called Nur-Sultan, after the name it received in March 2019 from the name of the president of long-serving member of the country, Nursultan Nazarbayev. The following day, the first round of the tournament took place in Astana, the city having been renamed for what it was between 1998 and 2019.

There was a funnier story. Reggio Emilia 91/92 with Anand and 9 Soviet players (Kasparov, Karpov, etc.) But on January 1, there was no more USSR…

The Women’s Grand Prix works very similarly to FIDE’s old “general” Grand Prix system. 16 players compete in four round robin tournaments, with each individual player playing in only three of the four tournaments, which feature 12 players each. Players score points in Grand Prix, and the top two players in the overall GP standings after four rounds will qualify for the 2023-24 FIDE Candidates Tournament.

Kashlinskaya had been under pressure as she lost her compensation for the lone d-pawn, but the draw was still in progress when she blundered:

Zhu is doing surprisingly well, with the same unbeaten record as Goryachkina so far: three draws and three wins. A big problem was her match with GM Zhansaya Abdumalik which she won quite quickly even though she didn’t think she had a good position from the opener.

GM Alexandra Kosteniuk has struggled so far, in part because she has other things on her mind: getting her luggage, which never arrived in Kazakhstan. In the sixth round, she received a gift from IM Elisabeth Paehtz:

FIDE Women’s GP Astana 2022 | Classification of the 6th round

All matches from rounds 1 to 6

The first leg of the FIDE Women’s Grand Prix (of four) will take place from September 18 to 29, 2022 in Nur-Sultan, Kazakhstan. The format is a round robin with 12 players. The time control is 90 minutes for the first 40 moves, followed by 30 minutes for the rest of the game, plus a 30 second increment from the first move. The prize money is 80,000 euros. Official Rules.

16 of the best games ever made