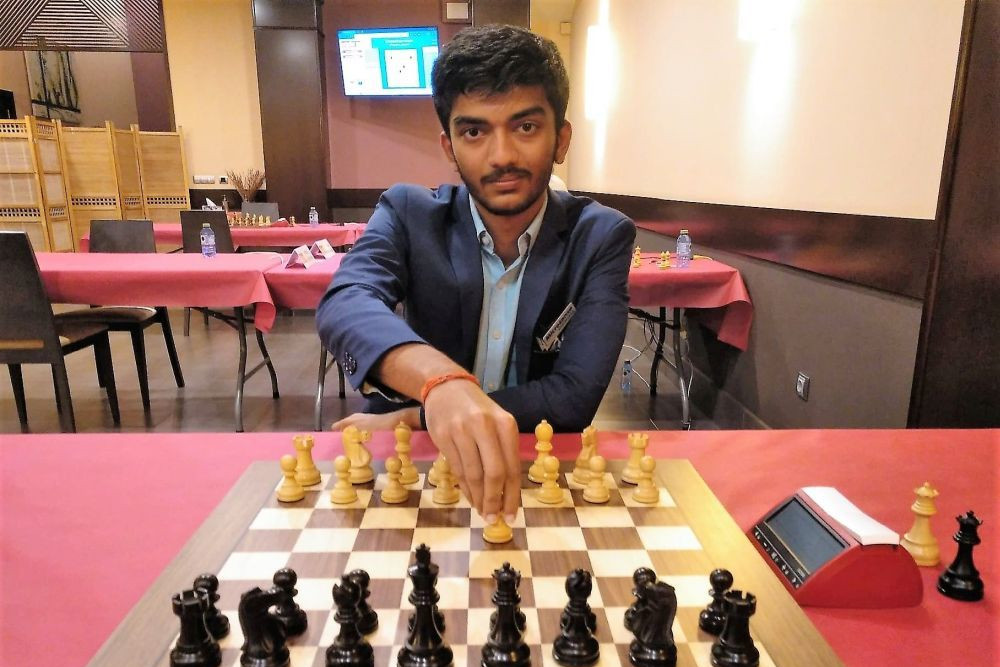 Only one round robin in Gijón

Gukesh has now won five consecutive tournaments in Spain without conceding a single game. He hasn’t lost a game in Spain since December 21, 2019. His current unbeaten streak is 16 games. A performance of 2800 at the 14th Gijon City Closed Tournament helped him climb 13 places from world number 54 to number 41 in the live rankings list!

The 16-year-old started his Spanish run last year in September by winning the Concello de Carballo tournament. Then he won the La Roda Open, the Menorca Openthe Formentera Open, and now the 10-man round robin in Gijón.

Gukesh achieved an Elo rating of 2693 to become the second highest rated junior player in the world, only behind Alireza Firouzja.

In round 7, the youngster beat Paraguayan GM Neuris Delgado with the white pieces.

One of the main characteristics of a strong player is his ability to seize the opportunity when a mistake is made by the opponent. by Delgado 20…Ba5 to a first glance may seem correct. However, close inspection reveals that Black not only lacks space on the queenside, but also cannot provide enough support for the a4-pawn.

White is happy to trade bishops with 21.Bxa5 Qxa5. The c3 square has been freed and it is better to occupy it with a knight to attack the a4 pawn. The rest is just a matter of time and technique. Gukesh quickly converted his advantage into victory.

Interview with Gukesh (by Sagar Shah)