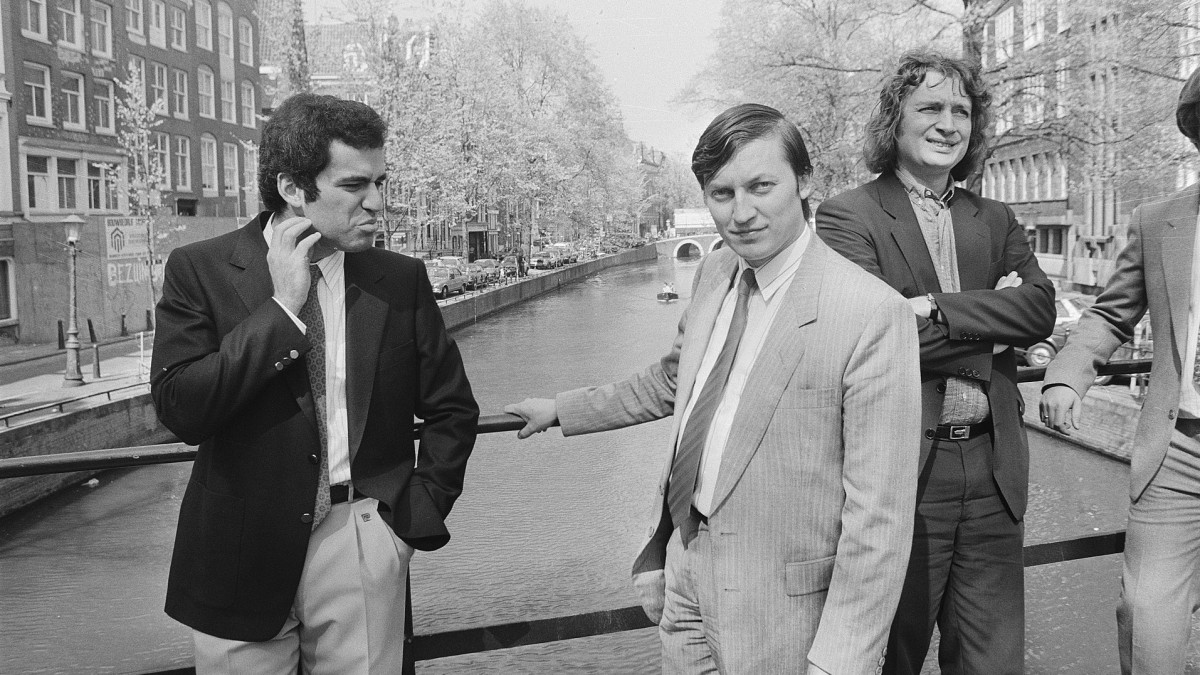 The 44th Chess Olympiad has generated a lot of interest in India, home to 67 grandmasters and a culture hungry for indoor sports like chess. The Olympiad started in Mamallapuram, Tamil Nadu on July 28 and will end on August 10. This is the first time India has hosted the event.


The Olympiad has already given rise to some trying matches. Competition shapes the spirit of sport. But no rivalry seems to hold as much intrigue and political message as some of the battles between two chess masters, memorialized in a string of Hollywood films, pop culture and Cold War legends. Here’s a look at some of the most competitive player rivalries and matches that have sparked public interest.

After World War II, the first World Chess Championship was organized by the International Chess Federation (FIDE) in 1948. Until 1972, the Soviet Union remained the dominant name in the sport, producing a champion of the world after another, starting with Mikhail Botvinnik. to Boris Spassky. In 1972, however, Spassky, who was known to be a Russian patriot but critical of Soviet politics, was defeated by American chess genius Robert James Fischer in the Match of the Century. The historic match, which took place at the height of Cold War tensions and the controversial Vietnam War, has been endorsed by the United States as a symbol of America’s and the Western bloc’s growing influence. It was the first time that the Americans won the title of world champion of the Russian school of chess. Speaking about the match in a 2016 interview, Garry Kasparov, who was nine at the time of the match, called Spassky’s loss “a great intellectual victory for the United States, and you know, an extremely painful, almost insulting loss for Soviet Union”. Union, because Bobby Fischer was a great player but he was like a lone warrior. A guy from Brooklyn taking on the powerful Soviet chess school. It also led to the boom in chess as a serious and popular sport in the United States.

Anand-Kramnik: the struggle between India and Russia

Indian chess prodigy Viswanathan Anand has a long-standing rivalry with Russian chess master Vladimir Kramnik. The duo played 93 classic chess games, of which the two won 11 games each, while 71 ended in a draw. Anand has won 12 matches in the rapid format while Kramnik has won four. But in the Blitz format, Kramnik evened out the difference with eight wins to Anand’s five. Anand won the 2008 World Chess Championship after defeating Kramnik. Their scores have always been neck and neck, so close that it’s been hard to pick the best player. A web series titled “The Finish Line” recently quoted Anand as saying, “Over the 20 odd years, we traded position number 2-3. We were always very close to each other in terms of points, so close that when he retired our scores were absolutely identical even after more than 150 games.

Any list of iconic chess rivalries would be incomplete without a mention of the futuristic rivalry between Kasparov and Deep Blue, a supercomputer created by IBM. The six-game series took place over the years 1996-97, which eventually became a symbolic metaphor for man’s relationship with technology and the changing world of AI, a precursor to the present and future of artificial intelligence. The first game was played in Philadelphia. Kasparov won 4–2. However, Deep Blue won the second game, marking the first time a reigning human chess master had been defeated by a computer.

The rivalry between Kasparov and Anatoly Karpov is part of Soviet legend and myth, brimming with scandal and controversy and often touted as one of the most hostile rivalries in the chess world. The antagonism between educated Soviet poster artist Karpov and rebellious refugee Kasparov, which lasted from 1984 to 1991, was explosive. It captured global interest at a time when the Cold War had left the world divided between two dominant political blocs, and chess was seen as a sign and symbol of higher intellect, which helped legitimize ideologies policies.

The height of the rivalry was on display in the 1984-85 Chess Championship match between the nemesis. The first round of the match lasted five months, after which it was abandoned. Although the circumstances of the game’s sudden end remain unclear, Karpov led Kasparov five wins to three. The match was replayed in 1985. Kasparov was 22 at the time and won the rematch against his rival, who was 12 years older.