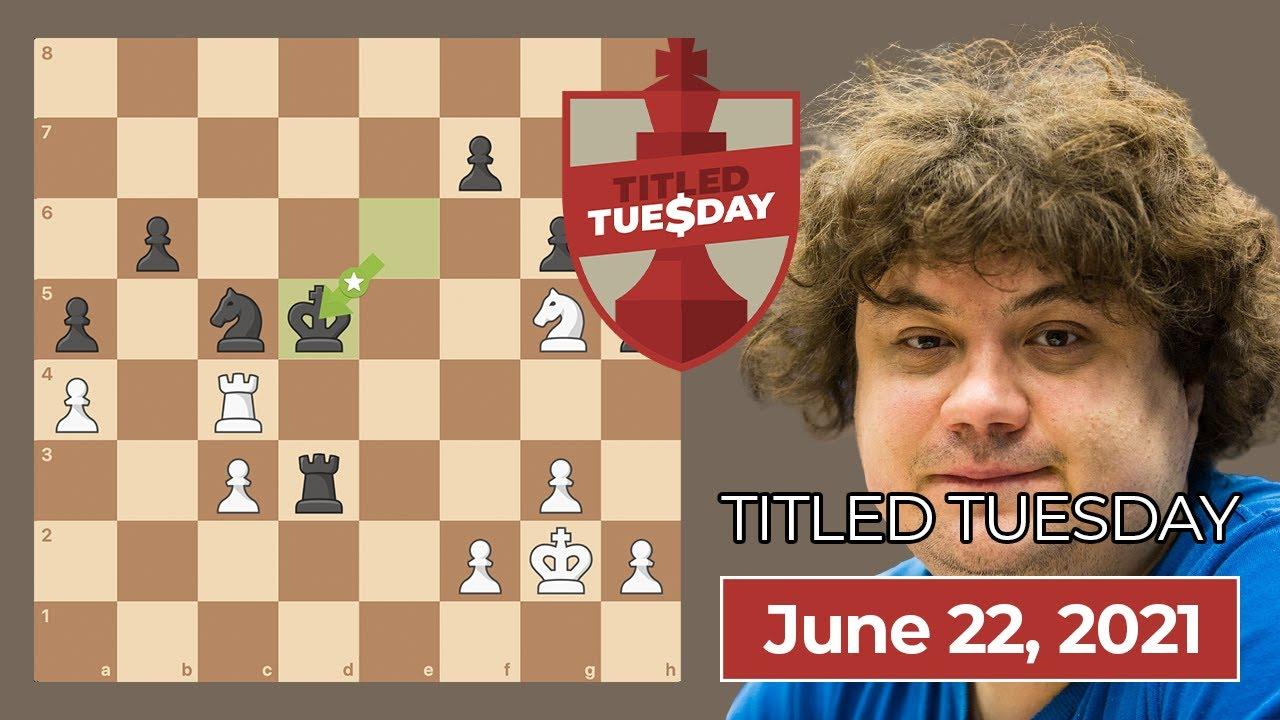 As others approached, GM Anton Korobov became the first player to score 10.5 / 11 in Titled Tuesday, earning him a points victory on June 22. GM Aryan Tari was second with 9.5 / 11 in a tiebreaker against GM Oleksandr Bortnyk. GM David Howell finished fourth with the September 11 tie-break against GM Aleksandar Indjic.

583 titled players attended this week’s Titled Tuesday, exactly the same number as last week. The tournament was the typical 11-round Swiss with a 3 + 1 time control.

The live broadcast of the tournament, hosted this week by General Manager Aman Hambleton.

Korobov started with 9/9, including wins over GM Hikaru Nakamura in the sixth round, GM Daniil Dubov in the eighth round and Tari in the ninth round. He was eventually held in check by Bortnyk in the 10th round.

Korobov’s victory over Dubov in the 7/7 scoring battle was perhaps his best game of the event. He secured a solid position on Exchange Grunfeld and found a Puzzle Rush-type mate, which he was able to play on the chessboard for a 31-move victory.

In the 11th and final round, Korobov only needed a draw to claim the tournament’s absolute victory. His opponent, GM Vladimir Onischuk, however, needed a victory to climb the standings. Korobov won as Black from a draw to set the titled Tuesday scoring record.

Also in the final round, Tari beat Dubov and Bortnyk beat Nakamura to lock in their top three. Bortnyk’s victory was particularly impressive, as he built a winning attack without much time on the clock.

There was also an interesting positional play in the sixth round which Hambleton called a “really, really nice play” on the live broadcast. Argentina’s GM Federico Perez Ponsa defeated FM Roman Yanchenko.