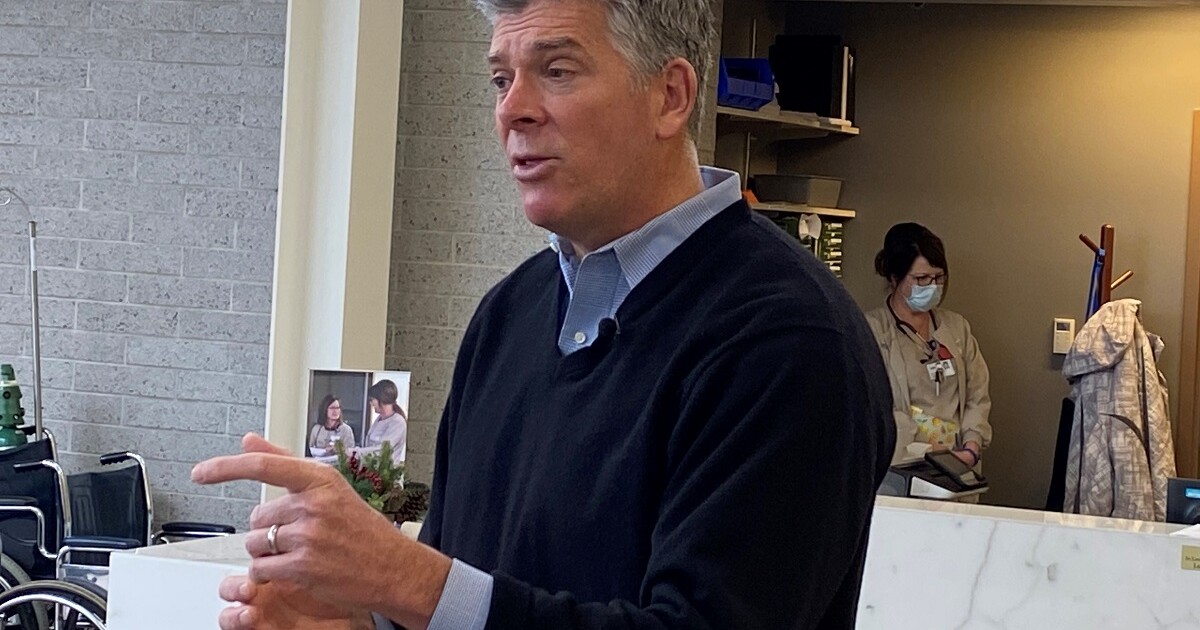 LaHood: Russia must face consequences if it invades Ukraine

Republican United States Representative Darin LaHood said the United States must make it clear to Russia that it would face dire consequences if it invaded Ukraine.

US intelligence said Russia has around 100,000 troops along the Ukrainian border and has the capacity to increase its numbers to 175,000. This is fueling fears of a Russian invasion.

On Friday, LaHood spoke with reporters about the situation at Hopedale Medical Center to hear about staffing and other COVID-related concerns at rural hospitals.

LaHood called Russian President Vladimir Putin “a thug and a dictator.” The Peoria Republican said the United States must support Ukrainian democracy. “I don’t think Putin wants Russian soldiers to go back in body bags to Russia, that’s not good for him from a nationalist point of view,” LaHood said. “Putin is the ultimate chess player, but I think he senses the weakness of the United States.”

LaHood said Putin was provoking because of the withdrawal of US troops from Afghanistan last summer, which LaHood called an “epic failure.”

President Joe Biden has championed ending US military involvement in Afghanistan. He said it was something his three predecessors failed to do. The Taliban took control of Afghanistan a few days after the departure of American forces.

LaHood said he supports the United States helping Ukraine with money and weapons – what the United States did – and backing NATO for international support, but he said he did not plan to deploy US troops there.

LaHood is also part of a group of House Republicans urging the Biden administration to pull out of nuclear talks with Iran.

Iran-backed militias are also suspected of having recently attempted to assassinate the Iraqi prime minister, as noted by LaHood.

LaHood said he feared Iran was building up its nuclear arsenal while the United States worked on a new deal. The Trump administration pulled out of the nuclear deal in 2019.

LaHood said economic sanctions are the only thing that gets Iran’s attention.

On the home front, the U.S. Senate on Tuesday began debating a suffrage bill that the House previously passed.

LaHood voted against it because he said he didn’t want to see a nationalized election.

“I don’t want elections in Illinois to be like California, where (they’re) harvesting ballots, you don’t have to have ID to vote. Leave it to each state to do that,” he said.

The voting rights bill would only receive enough support to pass if the Senate could change the filibuster rules, as the issue is divided by party.