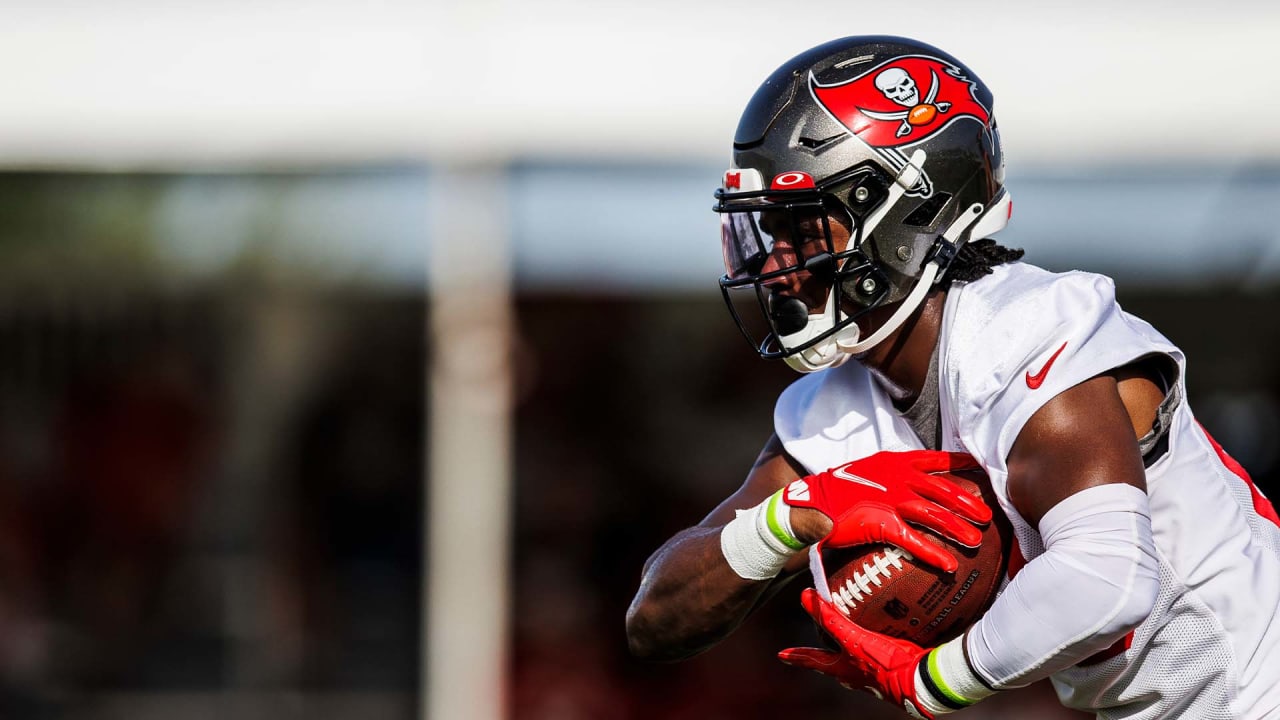 The Tampa Bay Buccaneers practiced six times in seven days during the second week of their training camp, most of them in full paddocks and in brutal sunshine. The last of those six sessions took place on Sunday, and one might have expected the team to be a bit out of gas at the end, especially with a welcome Monday day off looming. .

Instead, the players produced one of the most intense workouts of the summer so far, and certainly one of the most talkative. It all culminated in the first fully “live” camp drill, highlighted by six very physical plays on the goal line. In fact, the players knew in advance that the live period waiting at the end of training for more than two hours may have increased the general competitive spirit from the start of training.

“Oh sure, sure,” said security Mike Edwards. “It started in the first half, actually, with the one-on-ones, the competitive drill. People were getting rowdy and stuff like that, so I think it kicked off. But when we had a period live, I think that’s what triggered it, definitely.”

It wasn’t just the increased cracking of the pads that made this particular practice noisier than the others. There was also a fair amount of jaw-dropping, especially from players on the defensive side, who have been on a roll in recent practices. Assistant Head Coach Harold Goodwin/Running Game Coordinator Harold Goodwin – filling the podium after practice to give Todd Bowles a break – had no issues with jaws back and forth.

“I just think a lot of people are bullshitting, which makes training fun,” Goodwin said. “It will be good to bring Miami here in the next few days. But this is training camp. There will always be a feud here or there, but that’s only part of it. Until we go step too far and make it personal, we’re fine.”

The half-dozen goal-line plays all started from the 1.5-yard line and proved to be a good middle ground between attack and defense, with several rookies coming through. Tight end Cade Otton caught a touchdown pass on an action play and running back Rachaad White also scored twice. On defense, defensive backs Jamel Dean and Ross Cockrell had hits on two plays that didn’t cross the goal line. Running back Kenjon Barner also caught a touchdown pass, but it was heavily contested by the defense, who felt the play would have resulted in a sack if quarterbacks were not strictly prohibited.

Goodwin was impressed with White’s effort on the goal line.

“He’s going to be a good football player,” Goodwin said. “He can protect the quarterback, he can direct the ball, he can find the smallest creases to get into. He’s smart, he pays attention to detail, so I can’t wait to see what he can do a once we reach the real ball.”

White scored once standing after bouncing off a tackle and rounding the left tackle. His second touchdown was a ruthless dive down the middle. The Bucs have little doubt that White is talented enough as a runner and pass catcher to succeed in the NFL; like all rookie backs, however, he will need to prove he is reliable in pass protection before he sees much action. Luckily, he does well in that department too.

“He’s ready to put his face on — that’s half the job there, ready to put your face on,” Goodwin said. “The other half knows what to do and he’s won them both over so far. Knock on wood, he’s continuing that.”

Players are surely enjoying the idea of ​​relaxing on Monday before the Miami Dolphins come to town for a pair of joint practices on Wednesday and Thursday. But they didn’t start winding down too soon, but instead implemented a high-intensity, high-effort workout to cap off the week.

“As soon as I got off the field, I thought it was a really good day of practice,” Goodwin said. “I think the defense did a good job, the attack did a good job at times, so it was just overall good iron-sharpening practice. It was a good day overall; I like the way we progressed today.”