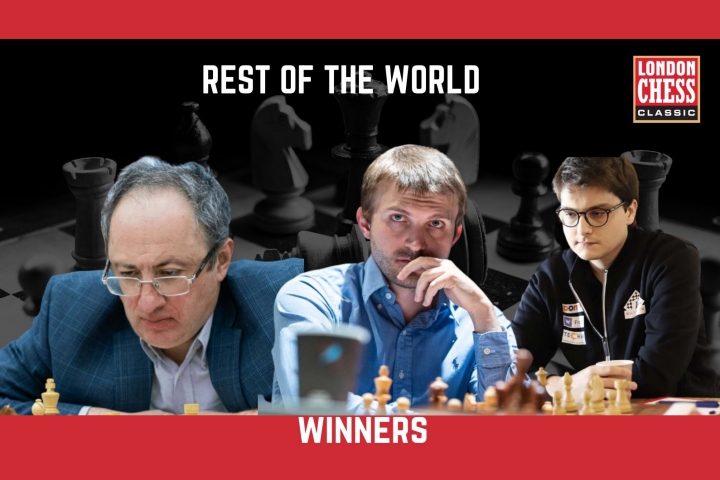 London Chess Classic: the rest of the world beats England

The main event of the London Chess Classic 2021, which took place at the Cavendish Center, was a match between a strong English team consisting of Michael Adams, Luke McShane and Gawain Jones and an international squad including Boris Gelfand, Nikita Vitiugov and Maxime Lagarde . The match was a two-round Scheveningen contest, with each player taking on each representative of the opposing team twice. The winner was decided by points of the board. Going into Thursday’s final round, the teams were tied at 7½ points.

The final day of play saw some hard-fought matches on all three boards. In the end, the three games were decisive.

Maxime Lagarde sacrificed a queenside pawn against Michael Adams in the Benko-Gambit style on an open from Reti, but was never able to recover it. The compensation was neutralized by Michael Adams and the point ultimately went to Black.

Boris Gelfand and Gawain Jones had an exciting battle in the King’s Indian defense. Gelfand got the upper hand with White in the queenless mid-game, but Jones always brought up nowhere partner threats at the end.

The position arose out of the main variant of the king’s Indian defense. By exchanging queens, White managed to slow down his opponent’s attack. The Indian Dragon and King expert, however, was still attempting to attack in this tense position.

33.a6 Pawn a will decide the game in favor of White.

Equally exciting was the match between Nikita Vitiugov and Luke McShane. After the opening, the former English prodigy had a promising position with a majority of pawns on the queen side, but he failed to move the pawns.

White had sacrificed a queen side pawn of an Indian queen defense and had won and traded on the king side. Since there are no open lines being a down trade is not so relevant here, while the majority of black pawns can play a big role if they can move.

21.h4 h5 22.Bf3 Bxh4 The pawn was unprotected and is captured. Now, however, the h file is also open to white attack and moreover the business is costing time.

27.Cc5 Clear the e4 box for the bishop. White will constitute an attack battery with his next moves.