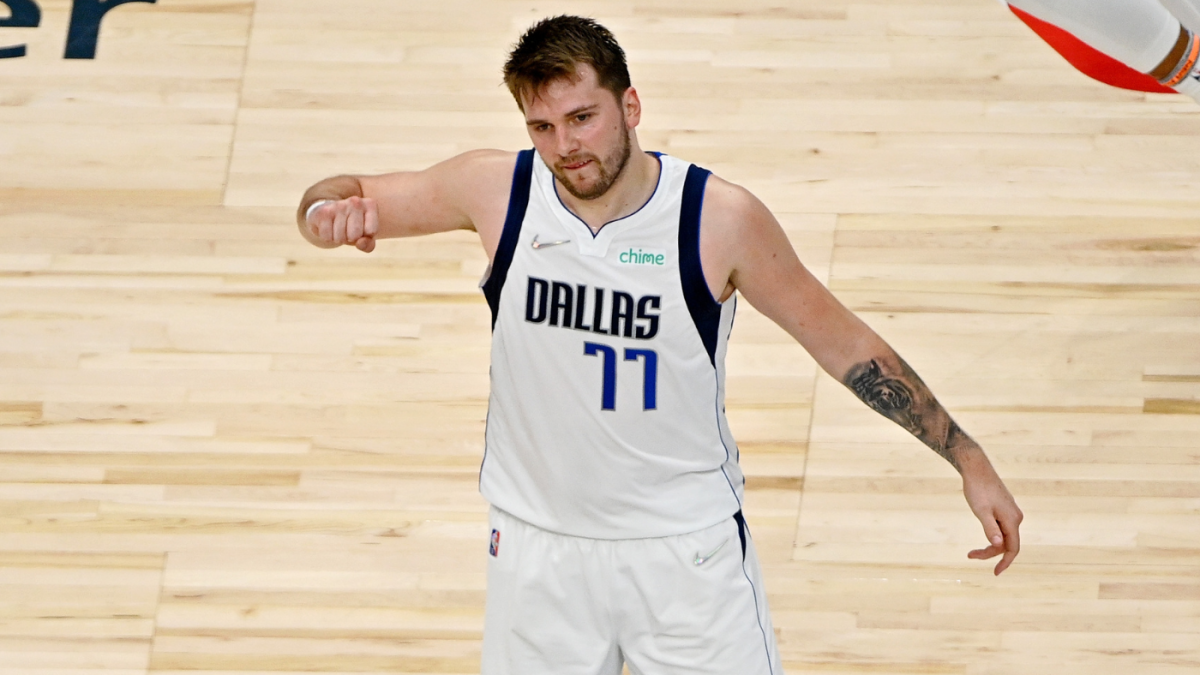 The Dallas Mavericks aren’t going home yet. Facing home elimination in Game 4, they responded to secure their first win of the Western Conference Finals, beating the Golden State Warriors 119-109 on Tuesday night. The series, now 3-1 in favor of the Warriors, will return to the Bay Area for Game 5 on Thursday night.

After a competitive first quarter, the Mavericks opened up a double-digit lead in the second quarter and trailed by 15 heading into the break. Then, the game was interrupted due to a leak in the roof of the American Airlines Center. When play finally resumed, the Mavericks picked up where they left off and built a 29-point lead with an incredible 3-point shot. While the Warriors’ reserves led a spirited comeback that briefly reduced the deficit to single digits late in the fourth quarter, the game was never really in doubt.

Luka Doncic wasn’t as effective, but led the way with 30 points, 14 rebounds and nine assists. The main story for the Mavericks, however, was their 3-point shooting. They went 20 of 43 from downtown to improve to 7-3 in the playoffs as they make more than 15 3s. Reggie Bullock hit six en route to 18 points.

It wasn’t a great showing from the Warriors, although their fourth-quarter push made some overall stats correct. Steph Curry had a team-high 20 points but shot just 7 of 16 from the field. Jonathan Kuminga was a bright spot in the loss with 17 points and eight rebounds.

Here are some key takeaways as Dallas avoided a sweep:

The Mavs have an incredible night from a 3-point field

The Mavericks’ offensive offense is built around the 3-point shot, as they often live and die by whether those shots come in or not. Aside from the first half of Game 2, they failed in this series, which is why the Mavericks were down 3-0 and facing elimination.

In Game 4, they found their shot, going 20 of 43 from downtown en route to a series-saving victory. They doubled the Warriors from the outside, outscoring them by 30 points on a 3-point field, which was too big a margin to make up for. The Mavericks are now 7-3 in the playoffs when they make at least 15 3-pointers, and 2-4 when they don’t reach that mark.

Reggie Bullock, who went 0 of 10 from the field and didn’t score a single point in the Game 3 loss, led the way in Game 4 by making a team-high six 3-pointers. The rest of the team also got in on the act, with eight different Mavericks hitting at least one triple.

Getting 20 3-pointers in a game is obviously easier said than done, but the Mavericks are going to need more performances like this if they want to keep extending this streak.

Luka Doncic’s status as one of the best players in the league was reaffirmed ahead of the game when he was named to All-NBA First Team for the third consecutive season. The only other player with an active three-year streak of first-team appearances is Milwaukee Bucks star Giannis Antetokounmpo.

If for some reason you still weren’t convinced of Doncic’s brilliance, he offered more proof when the game started. Although not at his best, he was doing everything for the Mavericks and finished with 30 points, 14 rebounds, nine assists, two steals and two blocks.

There are few players who can control a game like Doncic, and he wasn’t going to let the Mavericks lose. Perhaps that shouldn’t have been surprising given his dominance in the face of elimination. Doncic and the Mavs are now 3-0 in must-win games this postseason, and for his career, Doncic is averaging 36.6 points in elimination games, which is the highest average in such situations in league history.

All in all, it was one of the weirdest basketball nights we’ve seen during the playoffs. Most notably, there was a rain delay that extended the half to almost 30 minutes. A leak opened in the roof of the American Airlines Center, causing water to spill onto the field just off the Warriors bench. Arena workers had to climb onto catwalks near the roof and install a tarp system to catch the water.

That alone would have made the night weird, but the weirdness didn’t end there. Midway through the third quarter, Draymond Green headed for the free throw line and his first attempt bounced before coming to a complete stop behind the rim. Everyone was laughing, even Green who shared a smile with Doncic in the moment.

Finally, from a pure skill (luck) standpoint, Doncic had one of the most impressive marks of the entire postseason, and that didn’t even count. After a stoppage in play, he kicked the ball about twenty feet in the air, and as it came down it bounced once, then rattled around the edge and went in.

Weird, weird stuff. Hopefully Game 5 will be more normal; a bit of competitiveness wouldn’t hurt either.