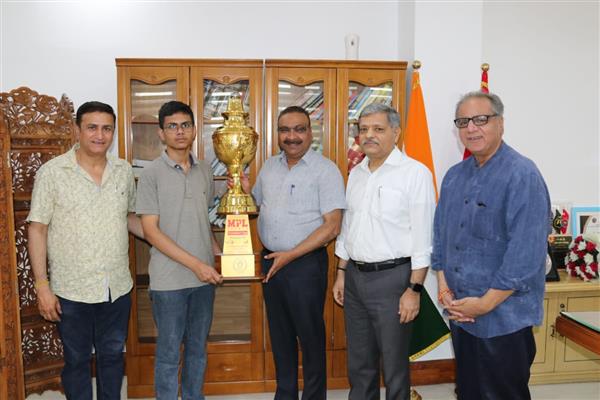 The DGP congratulated Soham Kamotra for his outstanding achievement and hoped he would continue to bring laurels to UT and the Nation in the future as well.

The DGP sanctioned a cash reward of ten thousand rupees with a certificate of recommendation in favor of the chess champion and assured him all possible support to excel in the field.

Soham Kamotra made history by becoming the first J&K chess player to win this championship by taking first place. The MPL Under-18 National Open Chess Championship was held in Tamil Nadu from April 18-23.

Around 140 players from 18 states participated in the championship in which Soham Kamotra won the gold medal along with a cash prize of Rs 90,000 and a sparkling trophy for the achievement. He won eight games and drew three games without losing any games. The event was sponsored by the Government of India for World, Asian and Commonwealth events.

Forget the ‘worst pillow fight ever’ talk, finishing fourth in the Premier League is a huge achievement