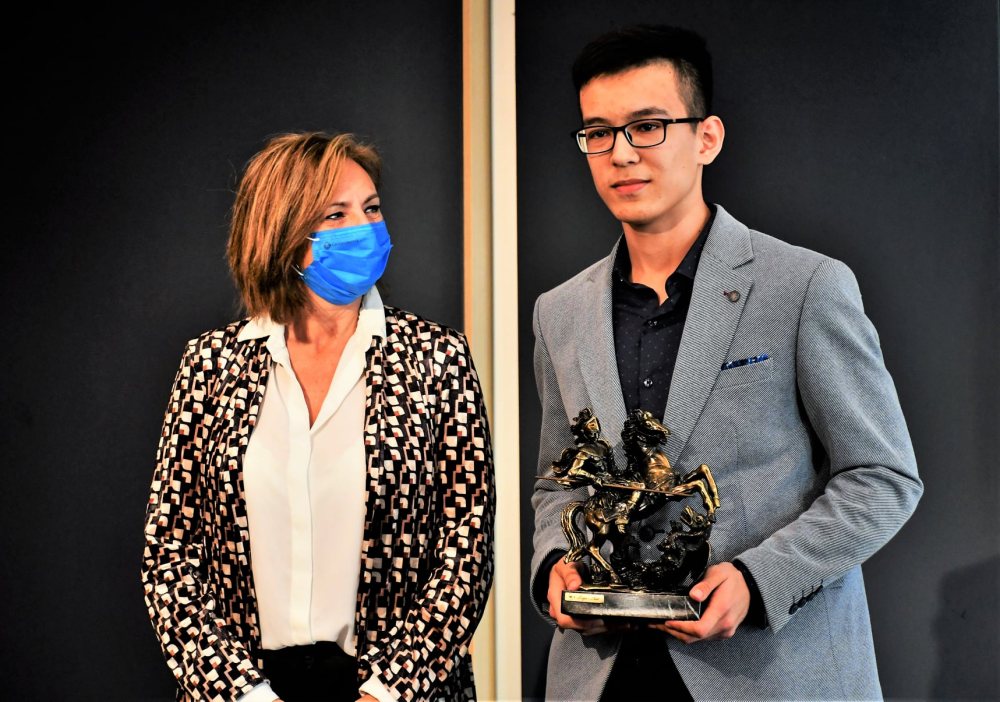 Before the final round, Nodirbek Abdusattorov was the only leader with 6.5 / 8. A draw against Jaime Santos Latasa in the last round was enough for the 17-year-old Grandmaster of Uzbekistan to share the top spot. In the chasing group, Murali Karthikeyan won in the ninth round against Tomas Sosa (Argentina) and Pere Garriga Cazorla won against Sethuraman SP (India) to tie with Abdusattorov.

Abdusattorov’s victory in the tournament was decisive against Eltaj Safarli of Azerbaijan in the eighth round.

The material is equal but White has the most active pieces and Black’s pawn at a6 is significantly weaker than White’s pawn at c4.

Guest of honor Anatoly Karpov also visited the editorial staff of La Vanguardia, one of Spain’s most widely read newspapers, and played a game with director Jordi Juan Raja.