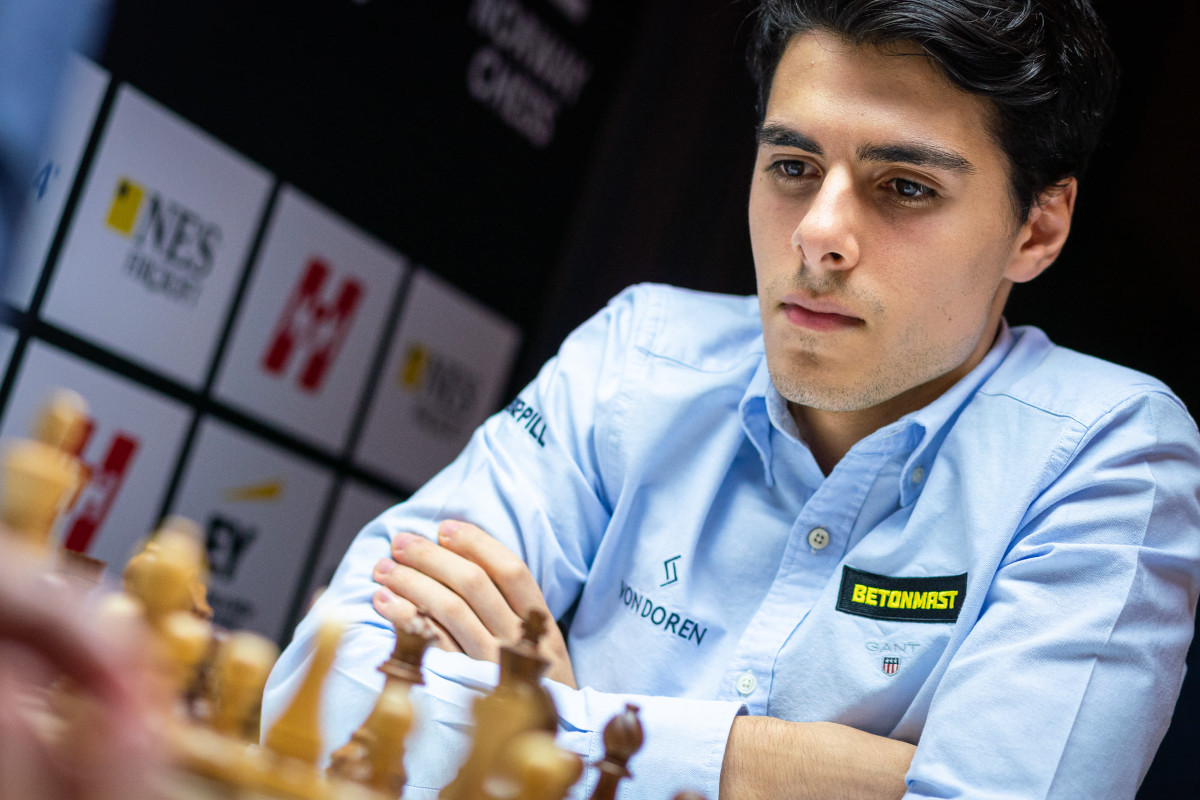 Richard Rapport has been playing almost non-stop during the first half of 2022. The 26-year-old has participated in both the Tata Steel Masters and the FIDE Grand Prix. More recently, he participated in two Grand Chess Tour events in Romania and Poland. With the Candidates’ first round scheduled to take place on June 17, it’s no surprise that the Hungarian has decided to withdraw from the Norwegian chess tournament in Stavanger.

Of course, Rapport didn’t know he would qualify for the Candidates when he signed up to play in these tournaments. As he told Cristian Chirilla in Bucharest:

At the end of the day, my preparation will just be playing. [I’ve been playing] more chess than I have played in years. […] Hopefully when I get to Candidates I won’t be a full time zombie so I can still calculate two moves in a row. It’s far from my ideal, but that’s how it is.

When choosing an opening repertoire, there are days when you want to play for a win with black, when you want to weigh in on your opponent’s position with a potentially overwhelming attack. The Najdorf is perfect for such occasions. Strategy, combinations, attack and defense, sacrifices and marvelous maneuvers – exciting chess is all about the Najdorf!

The Szombathely man will naturally focus on rest and preparation for the all-important tournament in Madrid. Fortunately for the organizers, Aryan Tari happily agreed to replace his colleague. Tari has already participated in previous editions, but he has not faced all the players of this formation, as he said:

It’s very special that it’s the 10th anniversary this year! A very interesting field, where there are several players against whom I have never played, which makes it very fun.

More shockingly, the Romanian Chess Federation announced two days ago that transfer procedures have started for Rapport and his wife Jovana, who will apparently represent Romania in the near future:

We are happy to announce that we have started the transfer procedure for Richard Rapport and Jovana Rapport, two great players who have chosen to represent Romania.

The Norway Chess Tournament, created by Kjell Madland, was first held in 2013. Magnus Carlsen was already world number one and won the world title soon after. The idea was to organize the strongest chess tournament in the home country of the best player in the world, and thus help chess to become more popular in Norway. This was achieved thanks to the successes of Carlsen. Nowadays, chess tournaments including Carlsen are televised for hours on state television.

Norway Chess is the world champion‘s “home event”. Sometimes, however, the tournament did not go according to the expectations of the best player in the world. Sometimes the hustle and bustle surrounding it was just too much to handle.

In this edition, the world champion is joined by very active professionals such as Wesley So, Shakhriyar Mamedyarov, Maxime Vachier-Lagrave and Anish Giri.

Teimour Radjabov, meanwhile, hasn’t been so active lately. This also goes for Veselin Topalov and Vishy Anand. Wang Hao’s participation is perhaps the most surprising, however. The Chinese player had actually announced his retirement from the chess tournament after the 2019-21 Candidates Tournament due to health reasons.

The games room at the 2021 edition | Photo: Lennart Ootes

A blitz tournament, which begins at 6:00 p.m. local time (CEST) on Monday, will decide who gets five blanks (out of nine games) in the main event. It will be a single round robin with a 3 minute time control for play plus 2 second increments per move.

In the Classical-Armageddon tournament, in the event of a tie in slow play, a sudden death decider will follow, according to the following rules:

Read the rules in full…