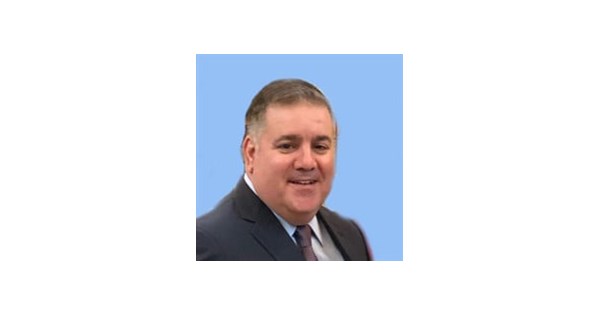 Jon Wilson Boulanger, 51, of Highland, Illinois, died on Friday October 29, 2021 at Saint Louis University Hospital in Saint Louis, MO.
He was born March 21, 1970, son of Jay and Catherine (née Turner) Boulanger.
On April 16, 1994, he married Karen Jane Korte at St. Paul’s Catholic Church in Highland, IL, who survives.
Jon was born in Carbondale, Illinois. At the age of 4, he moved to Highland. He graduated from Highland High School in 1988 and was the Salvatorian in his class. He learned football and wrestling, played in the band (Outstanding Bandsman his senior year), and performed in school musicals. He was a singer, keyboardist and songwriter in the band “Zero Gravity” with his buddies. He received a mechanical engineering degree from the University of Washington in 1992. During his studies, he was a member of the Sigma Alpha Epsilon fraternity. Employed at Ameren since 2013, he was Senior Director of Continuous Improvement, having obtained certification from the Milwaukee School of Engineering as a Certified Lean Lead Facilitator.
He was a member of Saint Paul Catholic Church in Highland, IL. Very active in his parish, he was extraordinary minister of Holy Communion and minister of Hospitality and was part of the Kirchenfest auction committee. He and Karen have spent 13 years leading marriage preparation courses for the Diocese of Springfield. He was vice-chair of the Father McGivney Catholic High School board and a member of the board of trustees. He has served on the Telecommunications Advisory Board at Highland and has twice chaired the Pregnancy Care Center Spring Banquet.
Jon has always loved music. He was a great pianist, he played a mean guitar and had the best playlists for all occasions. Always involved in football, he was a big fan of Manchester United Futbol Club. He has coached for the Premiere Soccer Club, formerly Korte Blue Fire, in Highland and has served as the club’s president and vice-president. He was the biggest fan of the Glen-Ed United football team, in which his sons played. He loved to fish with his buddies and made occasional trips to Canada and Arkansas. He was also an avid chess player and enjoyed challenging his sons to frequent games. Anyone who knew Jon knows he was always the resident bartender and made the best margarita in the world. A great chef, he cultivated his own spices and vegetables, and his 21 pepper trees were his pride and joy, just behind his children.
He was very proud of his children and their achievements in athletics, on stage and at school. Her favorite hobbies were watching her kids do the things they love. He will be sadly missed by all who knew him.
Survivors include:
Wife – Karen Jane (née Korte) Baker, Highland, IL
Daughter – Danielle Korte Boulanger, Highland, IL
Son – Aaron Gregory Boulanger, Highland, IL
Son – Jon Patrick Boulanger, Highland, IL
Son – Wilson Paul Boulanger, Highland, IL
Daughter – Miriam Catherine Boulanger, Highland, IL
Father – Jay W. Boulanger, Highland, IL
Mother – Catherine L. Boulanger (née Turner), Highland, IL
Brother – (Twin) Joel W. (Kimberly) Baker, New Prague, MN
Brother – Grant J. (Shelley) Boulanger, Saint Paul, MN
Brother – Matthew T. Boulanger, PhD, Dallas, TX
Brother – Michael JH (Melissa) Baker, Saint Louis, MO
Nieces and Nephews – Several
Little nieces and grand-nephews – several.
He was predeceased by:
Daughter – Gabrielle Cecilia Boulanger – Died 02/14/2013.
Arrangements are made by Spengel-Boulanger Funeral Home in Highland, Illinois.
Visitations will begin at 3 p.m. on Tuesday, November 02, 2021 at Spengel-Boulanger Funeral Home in Highland, IL and from 8:30 a.m. to 10 a.m. on Wednesday, November 03, 2021 at St. Boniface Catholic Church in Edwardsville, Illinois.
Funeral Mass will be held at 10:00 am on Wednesday November 03, 2021, at the Saint-Boniface Catholic Church in Edwardsville, IL, with the Rev. Pat G. Jakel, pastor, Saint Paul Catholic Church, Highland, IL, officiant.
Interment will be in Saint Joseph Catholic Cemetery in Highland, IL.
Memorial contributions can be made to the St. Paul School Educational Foundation, Father McGivney Catholic High School, or the Highland Food Pantry (HACSM).

Go “GO” with these monopoly boards for every family member!