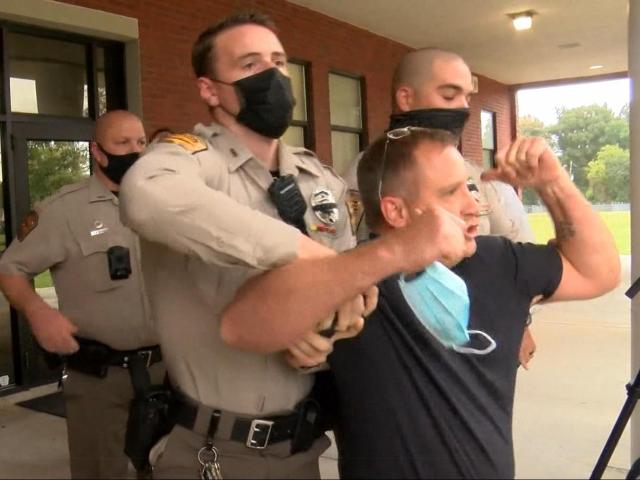 The majority leadership of the North Carolina General Assembly, following the strategy of its national party, does not miss an opportunity to inject partisanship into all aspects of public life.

What is even more important, however, is that this effort is diametrically opposed to the behavior of the North Carolinians.

So the question remains, as the state tends to become less partisan, why are the state’s legislative leaders bent on forcing party politics – most important today – into public education? It is not a formula that promotes consensus or guides decision-making based on what is best for student and teacher success in the classroom. Rather, priority is what promotes the power and dogma of a particular political party.

Since 2011, the state has gone from partisan council elections in just 14 of the state’s 115 public school districts to 43. In many cases, these changes were NOT at the behest of local voters. Rather, they were mandates initiated solely by lawmakers who were supporters of Raleigh. The county school boards represented by the Head of the State Senate, Phil Berger, R-Rockingham, have passed partisan school board elections since 2011.

It is either naive or just entertaining to claim that partisan elections help voters. The main issues in education – class size, teacher training and quality, student support services, career preparation and advanced learning, seldom conform to the compartmentalized ideology of political parties.

Rather, it is a strategy to divert attention from the quality of education and the needs of students in their classrooms to a strategy that encourages partisanship and bickering. All of this was brought to light last week as instigators bragged about their success in the last election, especially in Virginia.

Political leaders seek to stoke racial animosity – attacking diversity agendas and out-of-court issues such as “critical race theory”; health and safety concerns such as COVID-19 mask warrants and demonize teacher groups, all under the deceptive label of parental rights.

They falsely attack teachers with nebulous accusations like injecting “leftist” awakening training. What justification is there for belittling them and treating them like tokens in a political board game? Our dedicated teachers work too hard and went above and beyond. They have deserved and deserve a lot of praise and support.

It’s really about camouflaging the real intention – to put pressure on the culture wars in the nation to stoke prejudice and fear.

For some consultants, advocacy groups and propagandists, everything has turned into a booming cottage industry. For those looking to take over, or even disrupt, local school boards or even become candidates, there are consultants and groups ready to help, including the Cato Institute, the Manhattan Institute, and emerging networks such as ” Moms for Liberty ”or“ Parents Defending Education ”as well as political action committees such as the“ 1776 Project PAC ”.

In North Carolina, it provides an overly practical and simplistic diversion from the most central problem in public education – the state’s failure to uphold the constitutional right of every child to receive a quality education.

Rather than ensuring the implementation of a court-ordered recovery plan to ensure that every child in every class in North Carolina has access to a quality education, legislative leaders seek to distract from their stubborn refusal to support public schools. They aim to challenge a legitimate court order in search of partisan advantage.

Meeting the challenges of raising children, even under the best of circumstances – let alone dealing with a pandemic – requires cooperation.

Pushing partisanship in public education is misguided and distracts much needed attention and resources from ensuring that children receive the education they need to build a secure future for themselves and for our state.

Our schools, teachers, parents and children deserve better than the bloviations of opportunistic and selfish politicians in the General Assembly.

The Opinion section of Capitol Broadcasting Company invites a wide range of comments and letters to the editor. Our Comments next to each opinion column provide an opportunity to engage in a dialogue about that article.

In addition, we invite you to write a letter to the editor about this article or any other opinion piece. Here are some tips on submitting >> SEND A LETTER TO THE EDITOR