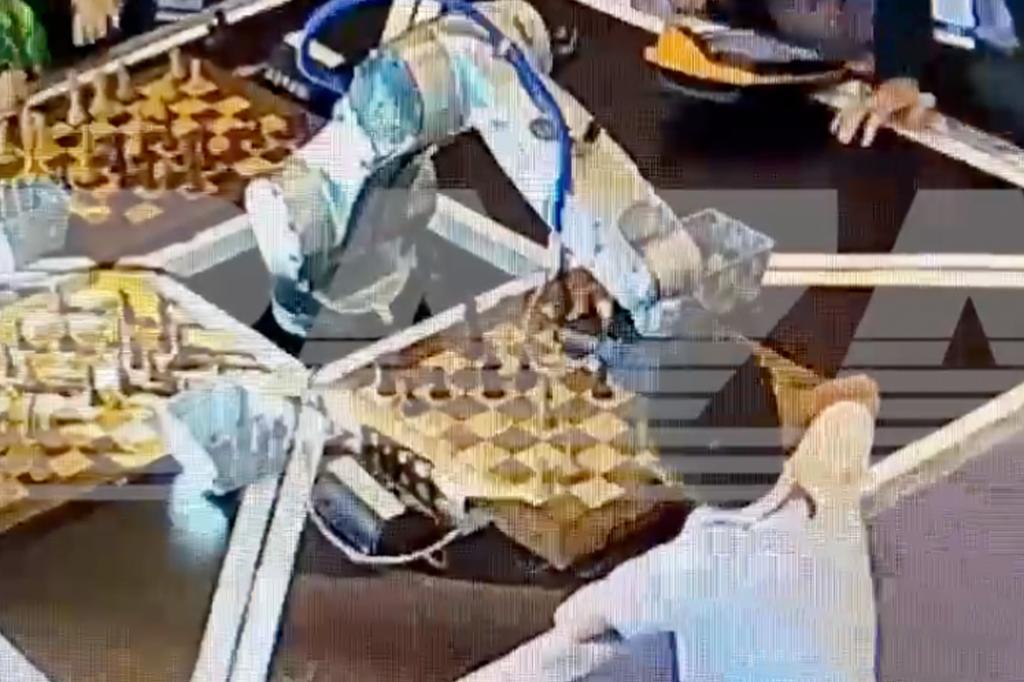 A robot chess player broke his 7-year-old opponent’s finger during a match at a tournament in Russia.

The boy was facing the robot when he grabbed and broke the child’s finger by mistake at the Moscow Open last week, according to Russian local media.

The child reportedly made his next move on the chessboard before the robot – a large automated arm powered by artificial intelligence – had time to recalculate and mistake the boy’s finger for a chess piece, according to Lazarev.

“The kid made a move, and after that we have to give the robot time to respond, but the boy rushed over, the robot grabbed him,” he told the outlet in Russian.

Footage of the incident released by the Baza Telegram Channel shows the mechanical arm clinging to the boy’s finger for several seconds before the adults intervene and are able to remove it from his hand.

The young chess player, whose name is Christopher according to Baza, returned to the tournament the next day and finished his matches with a cast around his finger, Lazarev said.

Christopher is one of the top 30 under-9 chess players in Moscow, Baza reported.

The robot – which Lazarev says has been used in numerous chess tournaments – was hired by the organization for the Moscow Chess Open and has the ability to play multiple matches simultaneously.

“We have nothing to do with the robot,” Lazarev said. “Robot operators, apparently, will have to think about tightening the protection so that this situation does not happen again.”

Sergey Smagin, vice-president of the Russian Chess Federation, told Baza that the robot’s misfires are unprecedented as far as he knows.

“There are certain safety rules and the child apparently violated them. When he made his move, he didn’t realize he had to wait first,” Smagin said. “This is an extremely rare case, the first I can remember.”

The child’s parents reportedly contacted the prosecution, according to TASS.

NC World Masters: Anand leads with one lap to go