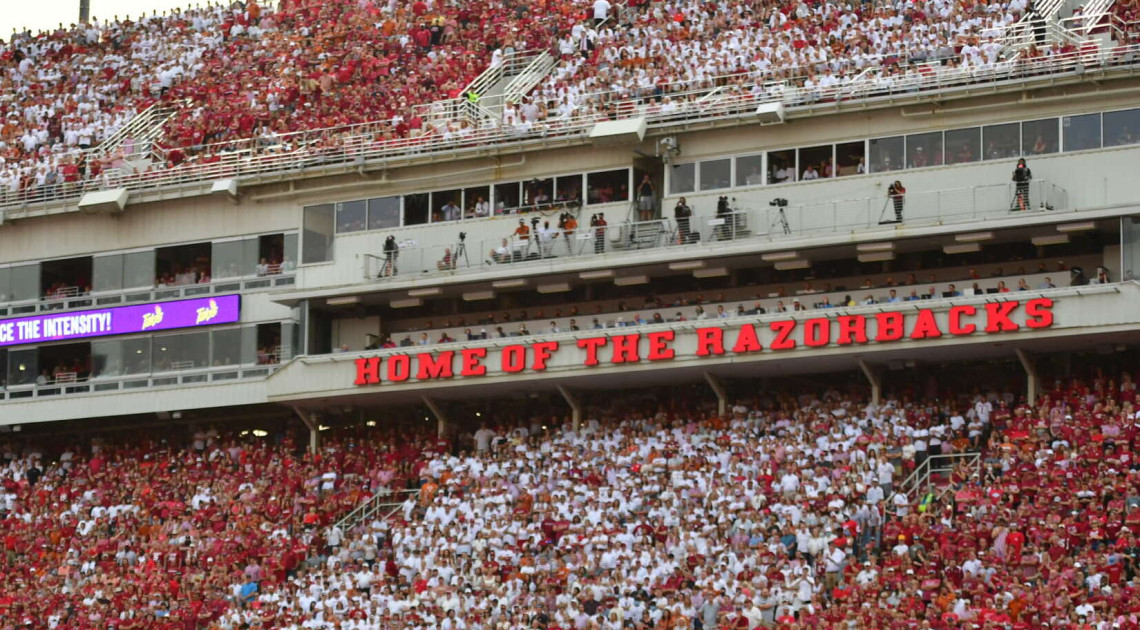 The Razorbacks open the slate with a home game against Cincinnati. The Hogs will meet the Bearcats on the football field for the first time in history on September 3 to kick off a three-game home stand to start the year. The South Carolina Gamecocks travel to Fayetteville the following week (September 10) for the first game between the two programs since 2017. Arkansas head coach Sam Pittman has a personal connection to the coach- South Carolina chief Shane Beamer having coached with him in Georgia. Arkansas are 13-10 against South Carolina since the two joined the SEC in 1992.

The State of Missouri travels to Fayetteville on September 17 to conclude the Hogs booth. Arkansas is 7-0 against the Bears, but hasn’t played since 2011.

The Razorbacks and Texas A&M compete in the annual Southwest Classic inside AT&T Stadium on September 24. Arkansas then returns home to face the Eternal Power of Alabama on the first day of October in the Hogs’ only home game in October.

Arkansas will spend the remainder of the month on the road, starting with a trip to Mississippi State on October 8. The very first meeting between the Razorbacks and BYU will take place in Provo, Utah, on October 15 as part of a house-and-house series with the Cougars. BYU is expected to make the return trip to DWRRS in 2023.

After playing the first seven weeks of the season, Arkansas will enjoy the week off on October 28 before heading to Auburn on October 29.

The Hogs return home for another three-game streak starting with the program’s very first meeting with Liberty on November 5. The SEC’s last two home games will be against LSU (November 12) and Ole Miss (November 19). Arkansas’ annual meeting with the rebels returns in November for the first time since 2015.

The regular season concludes with the Battle Line Rivalry in Missouri on November 26.

Notes on the schedule
â€¢ Three opponents for the first time in Cincinnati, BYU and Liberty
â€¢ First game with South Carolina since 2017 and first at Fayetteville since 2013
â€¢ The game against Alabama is the first meeting with Tide since 2012 (September 15, 2012)

Crossroads of chess: Carlsen or Nepomniachtchi?