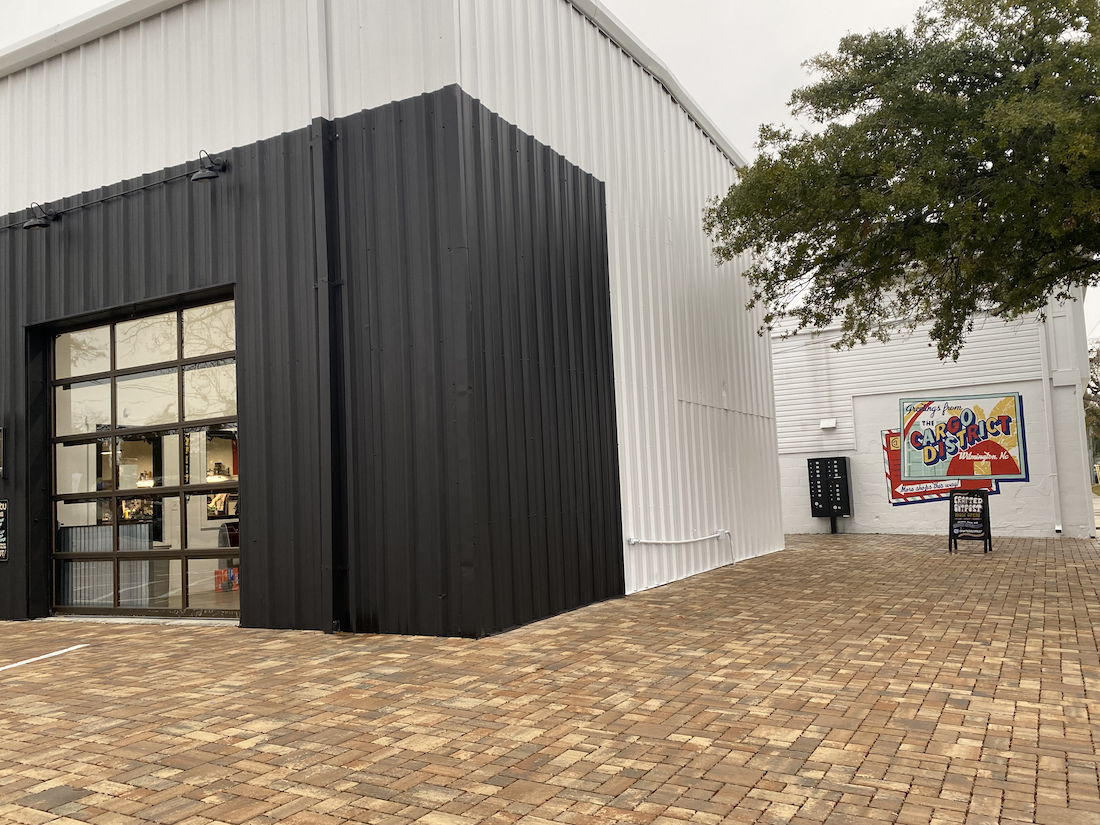 SOUTHEAST NC – Lots of movement is happening around the Port City with regards to new openings and closings of restaurants, food trucks, bars and bottle shops, as well as the launch of organizational and local food events and festivals. non-profit. While Port City Daily already covers the majority of this news, smaller shifts and changes sometimes go unnoticed.

READ MORE: Find the other culinary news of the week

“Small Bites” offers another way to let readers know what’s going on in the local food scene – what to expect when it comes to the expansion of existing establishments or menu changes, temporary closures and renovations, overtime or grand openings, pop-up events and other newsworthy information.

Salita Pizza will open in the Cargo District this spring

Last April, Jim Diecchio and his family returned south to Wilmington, after leaving the port city to help open three restaurants in DC during a pandemic. In April, he hopes to open his own pizzeria, Salita, in the Cargo District.

“We’ve missed this area,” said Diecchio, who helped launch Benny’s Big Time, Vivian Howard’s Italian restaurant that opened in 2017 in the South Front neighborhood. “My wife and I fell in love with Wilmington.”

He and his wife married in the District of Columbia and nevertheless had their reception at a pizza place. So when Diecchio had the opportunity to step back and help launch The Duck and the Peach, La Collina and the Wells gin bar, he couldn’t pass up the career advancement move.

But the pandemic changed her plans and the way her family could enjoy the metropolitan capital. “I took the job before it all went crazy,” Diecchio said. “We love the beach and have always seen raising our son here.”

Diecchio is now pastry chef at the downtown Seabird, a position he plans to keep while opening and operating Salita. “With a background in baking, making pizza was kind of second nature,” he said.

The 300 square foot restaurant will be located in the former Queen Street Barbershop tattoo parlour. There is enough room for a wood-fired pizza oven, cooler and counter space. Customers will order from a walk-in window. There will be outdoor seating, including 30 or 40 bistro tables around the store and in the alley of the Cargo District courtyard.

“It’s going to be very seasonal,” Diecchio said of the pies. “I have a lot of good relationships with the farmers working here.”

The menu will include six options in turn – both served with tomato and white bases – two salads, maybe a few sandwiches and a dessert, he estimated. The pies will be offered in one size, 10 inches – “more like personal pizzas”.

“The crust will be a naturally leavened sourdough,” Diecchio said, “thinner in the center but with a bubbly, airy crust with a little char on it — a little chewy, a little crunch.”

Diecchio plans to hire two people to help run Salita, which is open four days a week, Thursday through Sunday, with potential hours from 11 a.m. to 8 p.m. Balancing time between Seabird, Salita and her family is the end goal, Diecchio said: “I spent a lot of my career working really hard for other people, and now I’m at a point where i want to work very hard for myself, but i also want to be able to enjoy my time with my family.

The Sour Barn changes name and adds an arcade

For five years local craft brewery Broomtail operated a second bar on Market Street in Ogden, which until December was known as ‘The Sour Barn’.

“There was always some confusion about what The Sour Barn was,” said Stephanie Koch, who has run the bar since 2018. “A lot of people didn’t know we were here; others didn’t think we had something other than sour beers.

The barn has always sold Broomtail sours, along with many options from its full portfolio (its flagship brewery is located about a mile south of Dutch Industrial Square at 6404 Amsterdam Way). A few years ago, owners Barry and Lisa Owens refreshed the Broomtail logo – changing from Broomtail Craft Brewery to Broomtail Brewing – and updated the canning labels. On Tuesday, he will further streamline the brand when The Sour Barn officially reopens as Broomtail Brewing Pub and Arcade.

Since Christmas the barn has been closed to undergo a few refreshes – repainting and pasting new neon graphics on the walls. Also installed are two arcade games featuring several old-school classics – Donkey Kong, Miss Pac Man, Galaga, Frogger. There are older game consoles, such as the Nintendo 64, available in cozy seating areas. Additionally, board games and oversized Connect 4 and Jenga are offered. Air hockey and a pool table were also added.

“We needed something, just a little fun in this area – something that Ogden lacked,” Koch said. “Living in this neighborhood, my whole neighborhood is made up of people around my age, 35, looking for something to do – have a beer and play foosball with a friend, or sit down and play Mario Kart with a group of people. It’s a big, growing field, and we wanted to make sure we were bringing something different to the table.

The bar program will still serve 12 Broomtail taps, including significant acid options. Koch said they’ll also be adding more bottles and cans, not only from local breweries, but also from other popular brands, like Boulevard Brewing Co. and Anderson Valley Brewing Company. A variety of flavors will be available – ambers, stouts, ales, IPAs, non-alcoholic beers, ciders, even seltzers – in packs of four and six to buy to go.

Broomtail has also started a collaboration with the End of Days distillery in Wilmington and will offer a small cocktail menu for the first time. Koch said she had worked with the distillery’s Oliver Earney over the past few weeks to design the offerings.

“They don’t have bourbon and/or tequila right now, so we’ll probably have a different brand for people who drink those things,” she added. “Basically, we want it to be End of Days craft spirits alongside our craft beer.”

Broomtail will host a reopening party on February 5 with music from musician Randy McQuay, a photo booth and an on-site food truck.

Seabird in downtown Wilmington began offering the “Seabird at Home” program on Wednesday, offering a three-course dinner for two for $47.

The first week included a spinach Caesar with roasted shiitakes, croutons and green tomato salad, and smoked albacore tuna lasagna bolognese with ricotta and herbs. The finish was Jim’s olive oil cake with citrus and mascarpone.

Neff announced that his next menu will cost $44 and will include Buttermilk Fried Chicken, Carolina Gold Dirty Rice, Braised Cabbage, and Peanut Slaw. Jim’s donuts with dip will be served for dessert.

Orders will open online soon for Feb. 3 and must be placed by 3 p.m. Wednesday; pickup is 4:30-6 p.m. No substitutions are allowed and instructions will be included for proper reheating.

Wrightsville Beach’s Sweet n Savory Cafe launched a new dinner menu on Jan. 24, featuring seafood selections (from waterzooi to Calabash-style platters) and a chophouse section, complete with tenderloin medallions and a skillet of beef ribs. Hand-cut steaks, served with two sides, a garnish and homemade steak sauce, cost between $14.99 and $53.99, depending on the cut and ounces. Smokehouse platters (ribs, brisket, smoked pork sausage) and comfort food (meatloaf and corned beef ‘n’ cabbage) are among many entrees, salads, sandwiches and burgers.

Do you have any advice on infusions and appetizers? Email [email protected]

Paul Konchesky: The FA Cup is a fantastic competition

Chess: The Game of Kings is accessible to all | Characteristics