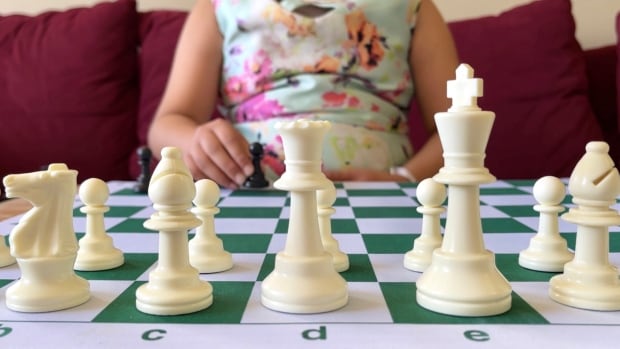 The game of chess is booming in popularity and success at the highest level in India thanks, in part, to a new generation of young players who are inspiring children to get into the game.

This is having a ripple effect around the world, including in Canada.

Many Indo-Canadian parents in Calgary believe that learning chess can play a role in their children’s academic success and establish a connection to their culture and history.

Chess was first invented and played in India around the 8th century and spread around the world, changing and being adapted as it was adopted by other countries and cultures.

India now has more than 70 grand masters. A 16-year-old boy, Rameshbabu (Pragg) Praggnanandhaa, became the youngest international master in the history of the game at just 10 years old before becoming a grandmaster himself. He recently beat the highest ranked player in the world, Magnus Carlsen. This was big news in India and in the chess world.

“It became popular in India thanks to grandmaster Viswanathan Anand, but nowadays we have prodigies here in Calgary and all over India, where parents are proud of their children learning chess,” Swapna Phagat said. Luther.

“I’ve always believed that Asian parents were always a bit more rigorous when it came to academics and a bit more stressed about kids achieving certain goals,” Phagat Luthra said.

Phagat Luthra’s nine-year-old daughter, Sshanaya, started playing chess six months ago after receiving a board as a birthday present. She now plays her father at home and at a chess club in the northeast of the city.

“It’s a strategic game, and what I’ve seen in her is that she uses her mind and her strategies to find solutions, and her decision-making has improved and her analytical skills are put to the test,” she said.

“I appreciate you using your mind,” said Sshanaya Luthra, sitting in front of her painting at her home in Saddleridge. “It helps me with math and making big decisions and the best decisions.”

“Actually, you can use your hands and interact with the board, but if you’re playing video games, it’s just a screen,” she said. “I’m proud when I play it because it’s a complicated game with lots of strategies and rules.”

Aaqil Alpuri, 12, spends hours practicing chess on his laptop in his room at Sunalta. He also plays at the Calgary Chess Club and in local and regional tournaments.

He is a fan of one of Praggnanandhaa’s biggest rivals.

“I know Pragg but I’m not exactly his biggest fan. I’m a fan of Magnus Carlsen. He’s the highest ranked and strongest player so he’s become my personal favourite. He’s like the Ronaldo of the chess.”

Alpuri plays matches and tournaments every Tuesday, competing against children and adults playing at their level. He also trains and plays online every day.

“I like the fact that it’s strategic and not everyone knows it. It’s not like hockey where you have to have a specific skill,” Alpuri said. “It’s really fun. You just have to put in a lot of effort and you’ll be a very capable player to move up the ranks, and soon you’ll be strong and hard to beat. And that’s the best part, being hard to beat.”

“It’s not a cheesy game like some say,” Alpuri said.

“There are also video game versions of chess, and several variations if you don’t like the standard, classic way,” he said.

Alpuri says he wants to improve his ranking with the Canadian Chess Federation, perhaps becoming a grandmaster himself one day.

The Calgary Chess Club says around 20% of its 200 members are from the South Asian community, with a large Filipino contingent and other members from all sorts of different backgrounds.

“We have a diverse audience. And it’s not just about being a super genius. It’s more about controlling your emotions so you can process all the information in front of you when you play, and I think that there are real benefits in all problem-solving skills,” said club chairman Lars Lowther.

“There are all kinds of benefits that the South Asian community recognizes in the game,” Lowther said. “Young players look up to great players and they want to emulate those great players.”