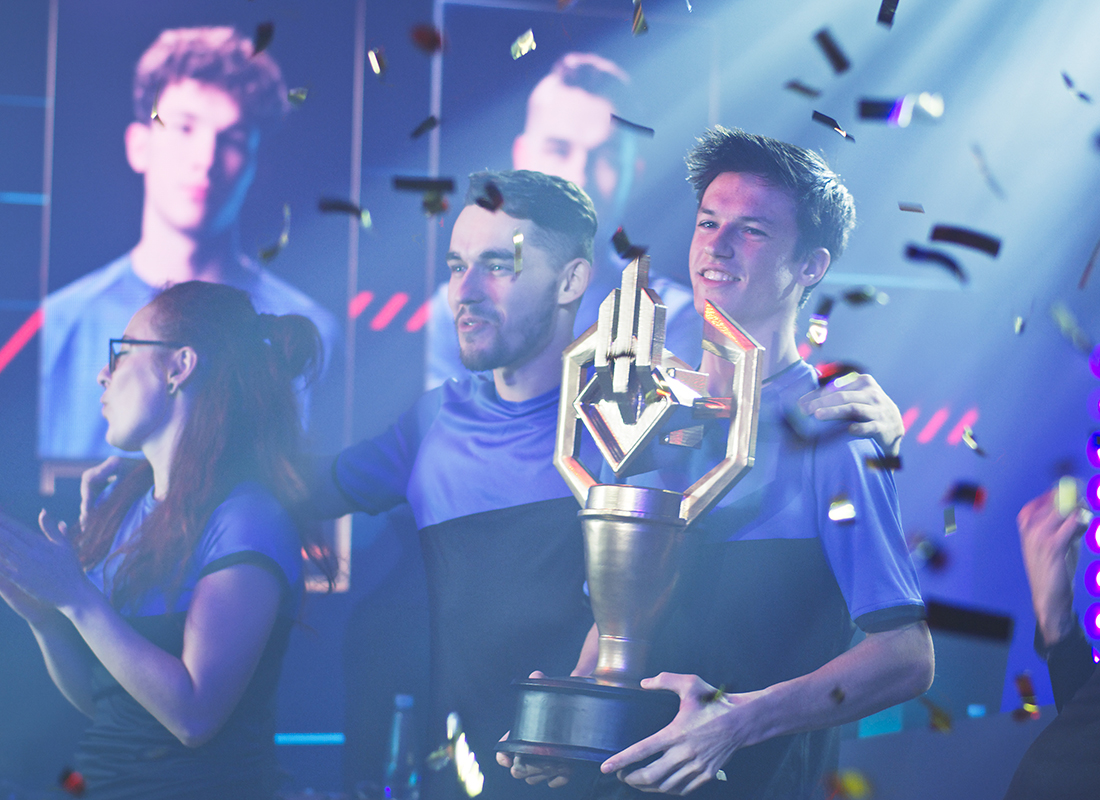 The future of esports | BCS

Esports is a human versus human competitive game, where games are played in front of a live audience (both in person and online).

The majority of esports titles are team based and each match is played with two groups or individuals competing against each other. With approximately 35 “officially recognised” esports titles in the world today, players can compete in a wide range of genres, including MOBA (multiplayer online battle arena), FPS (shooting first person) and sports-based titles.

In the words of Paul ‘Redeye’ Chaloner (former professional esports and video game broadcast host): ‘Given how quickly the competitive gaming industry has evolved in less than a quarter of a century, I don’t think it’s unreasonable to suggest that another decade will completely change the scene as we know it. (Chaloner, 2020, p222.)

The future of esports is very large, but some aspects that we are currently focusing on give a glimpse of where the industry can go.

From diversity to education, the esports industry is gradually opening its doors to more people; and will only grow from here.

With over 810 million esports enthusiasts, the world is gradually becoming aware of the industry and its impact on the global economy. With mainstream integration, the industry is expected to generate revenues of over US$1.5 billion by 2023, which will further strengthen its presence.

When it comes to the UK esports market, between 2016 and 2019 the industry contributed over £111.5m to the economy. These figures further confirm the idea that esports is a constantly growing market, but the future looks even brighter.

One of the most important things to note, when it comes to the future of the industry, is the inclusion of esports in education.

2020 marked the start of the first-ever BTEC esports qualifier, a collaboration between British Esports and Pearson. Today, over 1,800 students are taking the BTEC at 70 centers across the UK – with 164 centers also approved to run the qualification over the next academic year.

By opening the world of esports to individuals at this level, they can shape the future of the industry at a younger age; while learning the ins and outs of esports in the present. Although there are only a few courses in the UK at the moment, the industry becoming more mainstream will allow for greater implementation of esports in education in the years to come.

Recently, Dell Technologies, in collaboration with OnePoll, conducted research on esports in the education sector. This project has revealed a lot of key information about the industry right now, and projects where it could thrive in the years to come.

Wordle board, the board game is available for pre-order