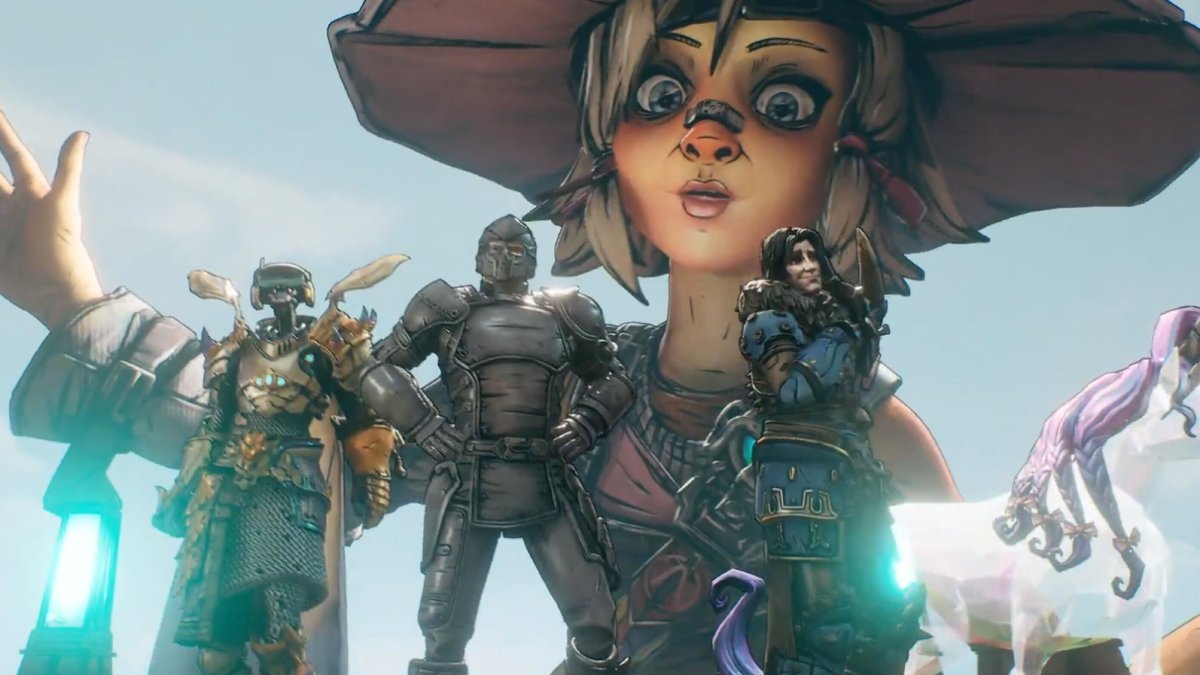 Here’s our review of Tiny Tina’s Wonderlands, a reimagining of the critically acclaimed Borderlands series by one of the show’s most beloved characters.

Gearbox Software’s Borderlands series has been a roller coaster. The first title, Borderlands, received great reviews for its concept but was criticized for its story. Borderlands 2 came out a few years later and blew everything out of the water. It fixed story issues, introduced better classes, and introduced iconic characters and weapons.

It’s an interesting story, but is it enough to finally dethrone Borderlands 2?

Read more: Tiny Tina’s Wonderlands – How many chapters in total?

Not quite a vault hunter yet

The journey Vault Hunters must take to find the vaults and their secrets is a tale we’ve grown accustomed to when it comes to Borderlands. But Wonderlands isn’t exactly Borderlands.

Although having the same mechanics as Borderlands 3, Wonderlands is its own game with its own rules and dynamics. But unfortunately, I can’t help but make a comparison from time to time.

Fate Makers are the new class system in Wonderlands. Players can choose from six different classes with only one skill tree each. You start the game with one class, but as you progress through the story you’ll unlock the ability to use two classes which Wonderlands calls Multi-Class.

Although you can use two classes, you will only be able to use one action skill. But both class feats will be activated, which are extremely powerful passive skills.

But it’s nice to experiment with the multi-class system to dive deeper into the characters. But action skills almost seem like an afterthought.

Fortunately, everything else works perfectly. The Class Feat instantly changes your character dynamics, and there are some exciting kill skills.

And it’s also worth noting that Wonderlands is the first game in the series to include a character creation option. The character creator is surprisingly deep and it was fun to customize the Fate Maker to suit your style.

Guns are one of the most important parts of the Borderlands franchise, and Wonderlands is no different. Guns play a huge role in the gameplay and you constantly get new ones.

You will need new weapons to better suit your build as you progress. But unfortunately, it looks like you only get multiple reskins of the same weapon.

During my playthrough, I had at least two firearms that looked like a bow at all times in my inventory. Even legendary weapons seem to have similar designs to regular firearms.

I was hoping to see some pretty unique designs with a fantastic frame. Maybe a staff or two. This is what I expect from Borderlands since the design is one of its supreme qualities.

But luckily, the gun abilities are still so much fun. It’s interesting to see what each weapon or spell you pick up will do. Sometimes you don’t know what to expect even after reading the flavor text.

Wonderlands is a return to proper form in storytelling. Although it was a Borderlands spin-off, the story was more in tune with the heart and spirit of Borderlands than Borderlands 3.

Tiny Tina, Valentine, and Frette have an interesting bond that only grows as you laugh through their frequent exchanges. It was nice to see all the reminders Gearbox has stored in Wonderlands for longtime fans of the series.

Familiar faces frequent Wonderland, and it’s nice to see some characters out of their element.

The story itself is a great example of what Borderlands storytelling is all about. Every moment is chaotic, and when you think you have an idea of ​​what’s going on, the game goes all the way to the left and throws you into a round.

That’s what makes Wonderlands such a gripping tale. The side missions all tell their own story and allow you to learn more about the lore around you.

Unfortunately, sometimes the side missions can seem to drag on a bit. It’s a lot of “go here”, “find this” and “kill them”.

Although the story is excellent, the characters are a bit lacking. Besides Valentine and Frette, none of the other characters left a lasting impression.

Wonderlands’ shooter is one of the best the Borderlands series has ever seen. The series has learned and grown, and it really shows with these latest iterations.

The guns feel good, and it’s interesting how some fit in with the different classes in Wonderlands.

The newly added spells provide a very dynamic experience where the weapons you equip will carry much more weight than in Borderlands 3, which is one of the best upgrades I could have asked for.

Kill Skills are back and offer some nice buffs to your characters, and it always feels good when you manage to gain stacks of a specific ability and trigger it at the perfect time for maximum damage.

Once players reach level 40, they will also unlock Mythic Ranks which add a new dimension to your characters and their growth.

The Overworld and Chaos Chamber are the two biggest additions to Tiny Tina’s Wonderlands and what separates this spin-off from the main series.

The Overworld allows players to explore a board game-style area with its own unique quests, challenges, and dangers. Players will venture across the board and see miniature versions of their character and areas.

Certain enemies trigger small encounters where players will be tied to a single location and fight waves. There are plenty of dungeons to clear and shrines to complete. Once completed, these shrines will reward players with permanent buffs for the rest of the game.

Honestly, this was one of my favorite parts of Wonderlands when exploring the Overworld and meeting people here and there.

The Chaos Chamber is a new endgame form that Wonderlands introduces to the series. It works much like encounters in the Overworld.

Players will choose their Chaos level, which will select random modifiers, then be thrown through a series of arenas, enemies, and bosses. After each completed area, you will choose between two portals.

Each portal represents a new buff, debuff, or better rewards. Depending on what you choose, it will completely change your game.

This allows for nearly endless replayability and is even more fun when you bring friends along for the wild ride.

There are over 60 different dungeons, weekly challenges for players to complete, and even unique Chaos Gear to help you get the most out of your build.

It’s a fantastic new addition and one that you can frankly get lost in for hours.

While Tiny Tina’s Wonderlands does a lot of good, it still doesn’t offer the same sense of exploration and satisfaction as Borderlands 2.

The class system isn’t there yet, the weapons could be a little more varied, and aside from Valentine and Frette, there aren’t many characters that leave a lasting mark on you.

But its endgame is exceptionally well done and the best we’ve seen in the series so far.

Check out some of the other reviews:

Despite its flaws, Tiny Tina’s Wonderlands manages to stand out as one of the best games in the series due to its whimsical storytelling and engaging shooter. It might not be better than Borderlands 2, but it’s definitely on the right track.

The Chaos Chamber gives you a reason to keep adventuring, endlessly

The Overworld is fun to explore

The dynamic of Valentine, Frette and Tiny Tina will make you laugh over and over again

Gun variety seems to be lacking

Classes are quite limited even with the multiclass system