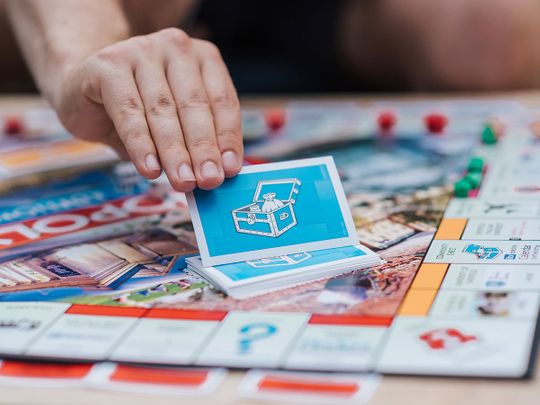 Today’s crossword: what board game did our ancestors play?

The perfect recipe for an evening with family or friends: great food, a delicious dessert, a karak chai or a cup of coffee, and a board game!

Click Start to play today’s crossword puzzle and guess the names of the most popular board games from around the world.

Unsurprisingly, even thousands of years ago people were looking for ways to overcome boredom with a fun game. The oldest playable board game, according to the UK-based British Museum website, is the Royal Game of Ur, which originated around 4,600 years ago in Mesopotamia.

In 177 BC, a Babylonian astronomer wrote down the rules of the game on a cuneiform tablet, this is how historians today are able to recreate and play the game. The concept is that two players compete against each other. to make their pieces run from one end of the board to the other, the central spaces being also used for divination.

Another ancient board game dates from around 3100 BC and was loved by Egyptian Queen Nefertari and Pharaoh Tutankhamun. It was called senet and involved two players competing to place all of their pieces at the end of the board using sticks or bones rather than dice. Even ancient art depicts the senet – a papyrus dating from around 1250 BC. AD was found in Egypt, depicting a lion playing senet with a gazelle.

An ancient game that dates back to around 1644 of the Qing dynasty in China is still played today: mahjong. A strategy-based game, it uses tiles decorated with Chinese characters, bamboo branches, winds, dragons, flowers and seasons, and is similar in practice to the rummy card game.

Today there are thousands of games for people of all ages. Play today’s crossword puzzle and see if you can name them all!

Let us know if you enjoyed it at [email protected]