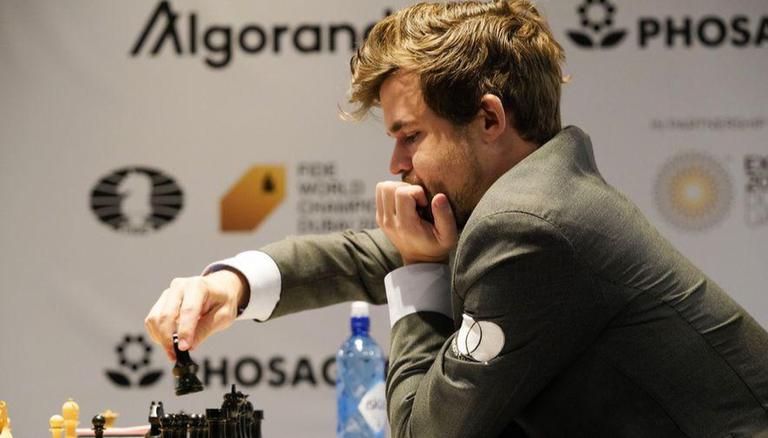 World champion Magnus Carlsen has hit back at a Twitter user for comparing chess and cricket. Carlsen won the FTX Crypto Cup on Monday, but not before losing the final round match to Indian grandmaster R Praggnanandhaa. The loss to the Indian chess prodigy was the third for the Norwegians in the space of six months.

YouTubers Abhi and Niyu taking to Twitter tweeted, “Chess is the new cricket”. Prove me the contrary!’. Magnus Carlsen while answering the question wrote that cricket is played on a pitch with humans, chess is played on a board with wooden pieces. Cricket has a bat and a ball, unlike chess. There are 22 players needed for a game of cricket, while chess is only two. I can’t play cricket.

Chess is the new cricket. Prove me the contrary!

4 reasons why chess is not cricket:

Cricket has a bat and a ball, unlike chess.

There are 22 players needed for a game of cricket, while chess is only two.

The first two games of the Magnus Carlsen vs. R Praggnanandhaa match were drawn before Carlsen took the lead by winning the third. However, the young Indian GM won the fourth match to bring the match into the tie-breaks. He shocked the Norwegian by winning both games on a tie-break. Despite the loss, the Norwegian grandmaster took the honors based on a higher score. He finished with 16 match points against R Praggnanandhaa who ended the event with an aggregate score of 15.

After the match, Carsen praised R Praggnanandhaa for his efforts during the match with a quirky little tweet in which he said, “Fully deserved, after a performance that showed great resilience, determination and quality. As for me, I’m happy to be (slightly) younger than second and third place combined.