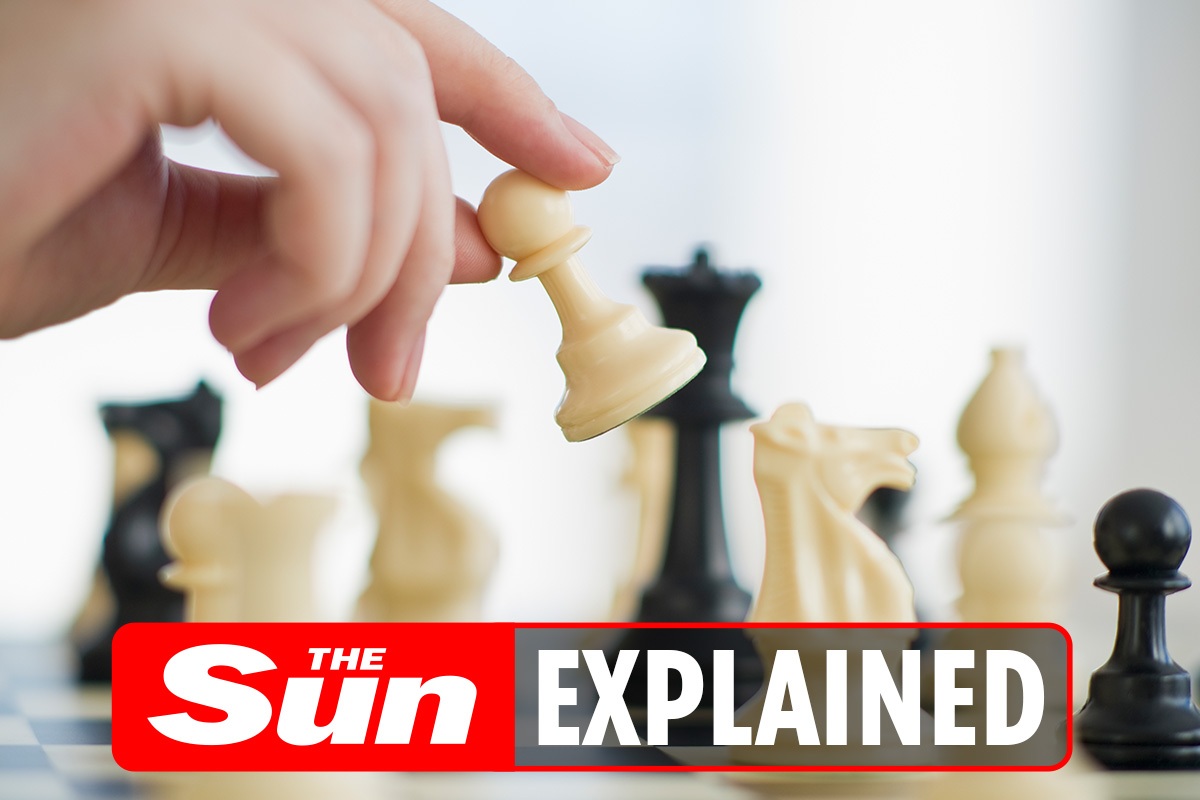 CHESS is considered the world’s best-selling board game, with around three million copies sold each year in the United States alone.

Chess has had a checkered history and has been banned in many countries over the years, most notably by King Louis of France in 1254. So how did it become so popular?

Chess has many different roots, but HJR Murray’s book A History Of Chess assumed it started in northern India, traveled to Persia, and then spread across the continent. Asian.

And most people agree that chess as we know it today developed from an Indian four-player war game called Chaturanga, which dates back to around the 6th century.

Chaturanga was changed by different cultures when it spread to Persia in the 6th century, then through Russia to the Vikings and the rest of northern Europe.

It also spread to China around 750 and Japan in 1100 – but Chinese chess was a separate game, different from Western chess.

Other game pieces, including figurines, dice, and multi-square boards, were found before AD 600, in Russia, India, Pakistan, China, and other places.

But Chaturanga seems the most likely precursor to modern chess, with several key similarities.

For example, in Chaturanga, different pieces had different and specific powers, and winning or losing depended on one piece.

As Chaturanga spread to Persia, the game piece known as “Rajah” was replaced by the “Shah”, and the English piece “rook” comes from the Persian word “Ruk”, for tank or boat.

The ideas for Check and Checkmate come from the early Persian players, but the word “check” comes from the French, “echec”.

In 1821, a collection of 78 walrus tusk chess pieces was found on the Isle of Lewis in Scotland, believed to be of 11th or 12th century Viking origin.

The rules of chess continued to adapt and become uniform between the 13th and 19th centuries.

The queen’s current chess piece was once called the “counselor” and was a male, and the bishop was once an elephant piece, which was modified in 1475.

In Russia, the tower was shaped like a ship until the 20th century.

In 1835, Nathaniel Cook, a Briton, designed the first set with a standardized chess board and pieces such as those used today for competitive chess.

He got the patent for these in 1849, and Howard Staunton, the best player of the time, approved them and the design took his name.

Around the same time, chess competitions and championships took off, with London hosting the first international tournament in 1851.

The game of chess was split between the sexes in the middle of the 15th century.

Who was Han Xin?

Hán Xin was a military leader considered one of the heroes of the Han Dynasty, China’s second imperial reign.

Some call him a founder of the Han Dynasty.

From a poor and banal birth, he became king of Chu when he was still quite young.

Oddly enough, many sources claim that Hán Xin did not often impress those he worked for and was in charge of the restoration by more than one superior.

That said, his strategic prowess is often cited as the reason Liu Bang stripped him of his military command, apparently viewing him as a threat.

Eventually, after another demotion, Hán Xin plotted against Liu Bang and was executed.

David H Li, author of a book on chess, presents Hán Xin as the founder of the game.

He argues that Hán Xin developed chess from a military strategy and then spread to Japan, Korea, India, and then west.

But this theory is not supported by evidence or widely accepted.

Why was chess invented?

Chess originated from Chaturanga, which was a game of warfare, so it was probably invented as a way to develop tactical skills and practice strategic thinking.

Chess was known as the “royal game” in the 15th century and was apparently a favorite game of many kings and queens.

Anyone can play chess, but it has always been associated with wealth and power.