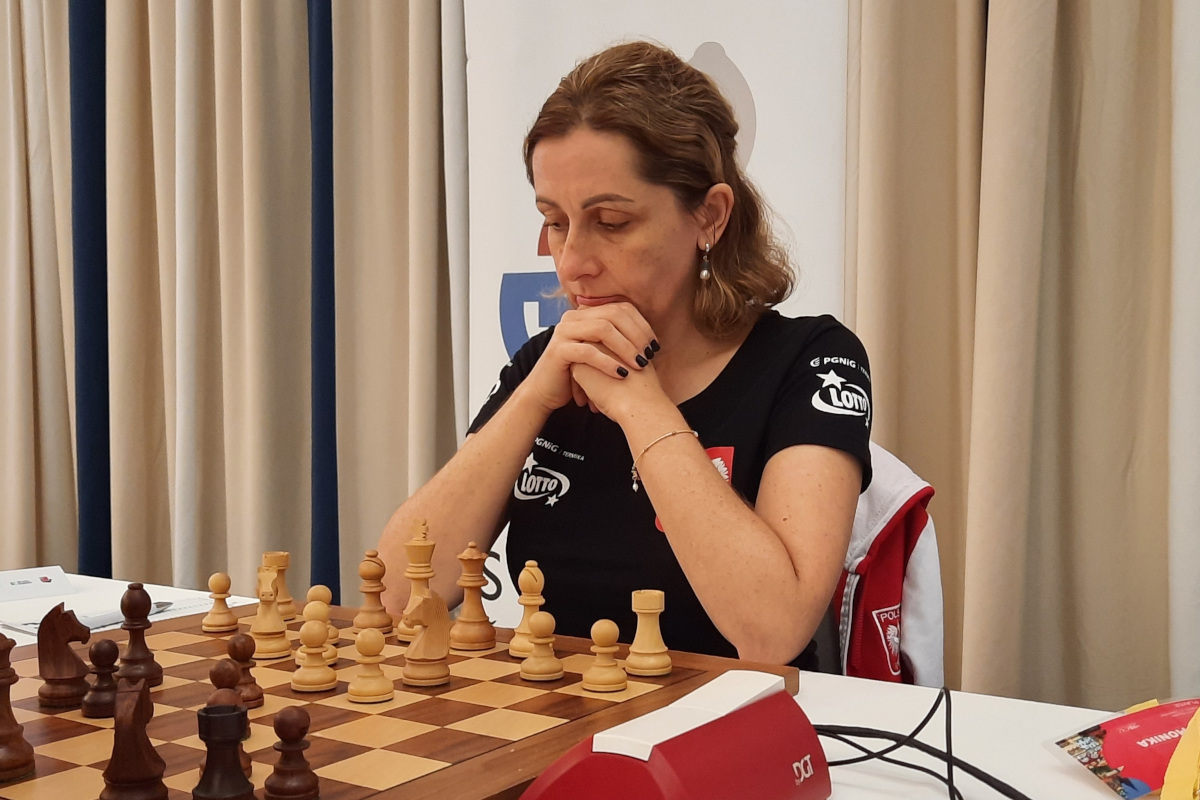 Mammadzada in only second place

Since our previous report, three rounds have passed and the same player remains alone at the top of the European Women’s Championship. This does not mean, however, that there has been a lack of excitement over the last three days of play. On the contrary, chess fights have been the norm on the best chessboards, and the experienced Polish GM Monika Socko proved she could withstand the pressure of becoming the undisputed favorite to win the event.

Meanwhile, IM Gunay Mammadzada played a pivotal role in Prague. The 22-year-old from Baku climbed to the shared top spot after beating top seed Nana Dzagnidze in round 7.

It was a fierce battle, in which White (Mammadzada) abandoned a trade while Dzagnidze pushed his army down, totally neglecting the strength of his pawn structure.

The contenders had followed the theory up to move 20, though given how much time they had spent in the early midgame, they weren’t just repeating their preparation — that is, they found a certain number of critical moves on the board!

As time pressure had already become a problem, it followed 22.Kg2 gxf2 23.Qc1 (diagram below), and Dzagnidze wobbled releasing the pressure with 23…Qb5

Instead of returning with the queen (anticipating Rxf2), Black had to be consistent with his plan up to that point and continue with the forcing 23…Bh3+ 24.Kg3 f4+!

This position is by no means a winner for black, but white will have to find precise defensive resources to deal with the threats ahead. Capturing with the pawn on f4 allows 25…Qxe6, while capturing with the king can be answered with 25…Qb5, as in the game, except that the white king is much more exposed in this variation.

After the text, Mammadzada managed to regroup and eventually grabbed the full point as they traded to a winning endgame. The rest of the game was no walk in the park, however.

Practical strategy in chess: the bishop

When it comes to strategy, one of the key elements that chess professionals understand much better than amateur players is the role of the bishop which is the key theme of this video course.

After such a remarkable win over the highest rated player on the board, Mammadzada had the daunting task of taking on the leader with the black pieces.

Another sharp theoretical variation appeared on the board, and Socko demonstrated that she was very well prepared, as she played a crucial exchange sacrifice in a position where both kings were vulnerable to potential attacks.

22.Rxc6 keeps the momentum going for white, as the bishop pair is ready to join the attack on the queenside.

Note how the knight is about to get trapped on the queen side. In the correspondence game mentioned above, Black played 25…Nxb2 and continued to draw, while Mammadzada 25…Rxh2 was a little too optimistic, even if he didn’t lose immediately.

Round 9 saw Mammadzada play a decisive fourth game in a row (she had beaten Italian Marina Brunello in round 6), as the fighting Azerbaijani beat an in-form Maria Gevorgyan with the white pieces, while Socko made draw with black on the top board.

Considered a master of prophylaxis, Petrosian sensed the dangers long before they became acute on set. At his peak, Petrosian was nearly invincible. Let our authors introduce you to the world of Tigran Petrosian.